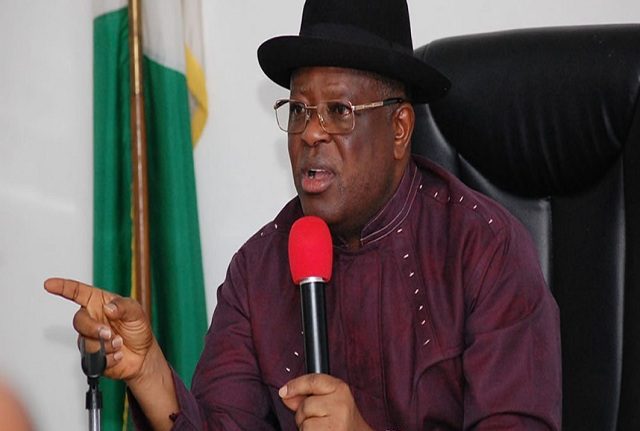 On Friday the Human Rights Writers Association of Nigeria, HURIWA, has berated the Ebonyi State government for allegedly detaining nearly 300 suspected members of the Indigenous People of Biafra (IPOB).

Some of the alleged detainees are said to be pregnant and kept without prosecution, whatsoever.

The human rights advocacy group is calling on Governor David Umahi to order the unconditional release of the detainees.

The rights group pointed out that the women have been illegally kept in the jails beyond the constitutionally stipulated pre-trial detention periods prescribed in Section 36 of the Constitution .

The group demanded that the National Human Rights Commission wakes up to its responsibility and visit prison facilities in Ebonyi State to seek the freeing of these detainees.

In a media statement by the National Coordinator Comrade Emmanuel Onwubiko and the National Media Affairs Director Miss Zainab Yusuf, HURIWA said it is shameful that Ebonyi State could be used as a slave or labour camps for citizens caught in conflict with the law only because they belonged to IPOB for months without following due process of the law.

“We are worried that the nation has a national institution for the promotion and protection of Human Rights known as the National Human Rights Commission, yet we have 300 accused members of IPOB some of them pregnant woman been kept in pre-trial detention facilities that aren’t habitable even when they are to be presumed innocent until convicted by the court of law as stipulated constitutionally,” the group said.

“This is a shame of the 21st century and to think that the Ebonyi State Governor is the Chairman of Igbo governors makes the entire scenario even the more worrisome and pathetic,” it said.

HURIWA recalled that in a statement from its Media and Publicity Secretary, Emma Powerful, IPOB condemned incessant killings, unprovoked attacks and abduction of its members and security operatives, Eastern Security Network (ESN) in the State.

HURIWA condemned the alleged maltreatment by the state security services of the legal representatives of the detained leader of IPOB, Mazi Nnamdi Kanu just as the group said the Right to dignity is a fundamental human right and therefore the security agency must be law abiding.

HURIWA recalled that Mazi Nnamdi Kanu’s lead counsel, Ifeanyi Ejiofor has revealed how operatives of the Department of State Services (DSS) humiliated them when they went to visit the IPOB leader in detention.

According to Ejiofor, DSS operatives disgraced them on Thursday by forcing them to remove their shoes, glasses and offered them slippers after being searched like ‘hardened offenders.’