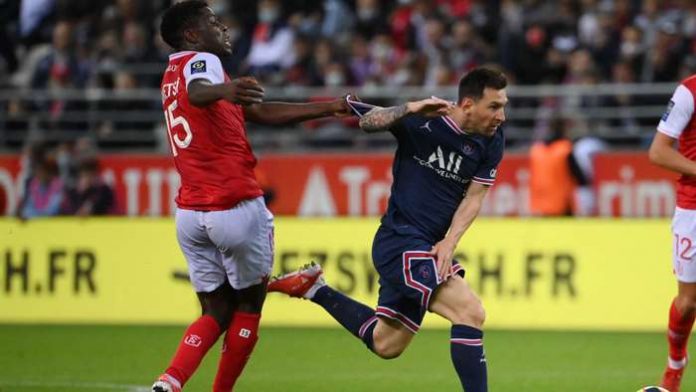 The Argentine got his first taste of club football away from Barcelona in the second half at Stade Auguste Delaune.

Lionel Messi has made his Paris Saint-Germain debut, coming on for Neymar after 66 minutes in a clash against Reims.

It is the first time that Messi has played a competitive club match for a team other than Barcelona.

He arrived at PSG earlier in August after Barcelona were forced to release him for financial reasons.