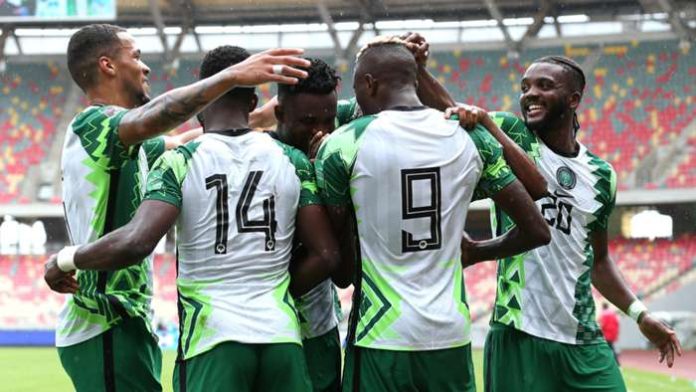 Gernot Rohr’s side bounced back to winning ways after they suffered their first defeat in the World Cup qualifiers in Lagos, three days ago.

After failing to score a goal against the Wild Beasts three days ago, the Super Eagles responded well in Douala with two first-half goals to cap their dominance in the encounter.

Goals from Leon Balogun and Osimhen in the 29th and 45th minutes steered the three-time African champions to their third win in Group C after four matches so far.

The victory was more of a redemption for Gernot Rohr’s side after they conceded a 1-0 defeat to CAR in Lagos on Thursday.

Musa: Why I returned to NPFL