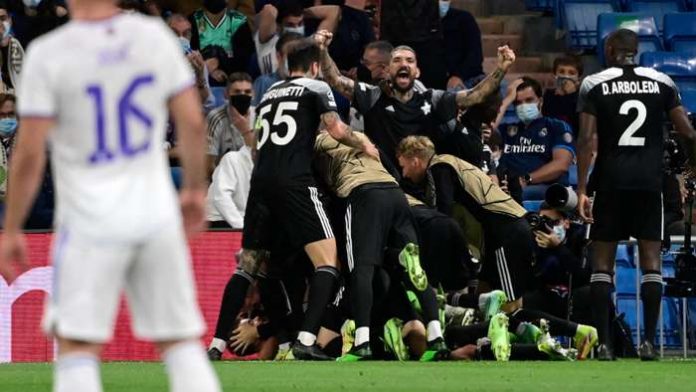 The hosts failed to take advantage of their chances and fell to their opponents from Moldova, who are playing their first-ever group stage campaign

Moldovan champions Sheriff managed one of the most remarkable results in Champions League history on Tuesday as they upset 13-time winners Real Madrid 2-1 at the Santiago Bernabeu.

The competition newcomers showed that they would be no pushovers in their debut group match two weeks ago by defeating Shakhtar Donetsk in Tiraspol.

But even the players themselves seemed barely able to believe it as they celebrated their triumph over the Spanish giants.

‘He Is A Proven Goalscorer’ – Solskjaer Lauds Ighalo Impact Against...