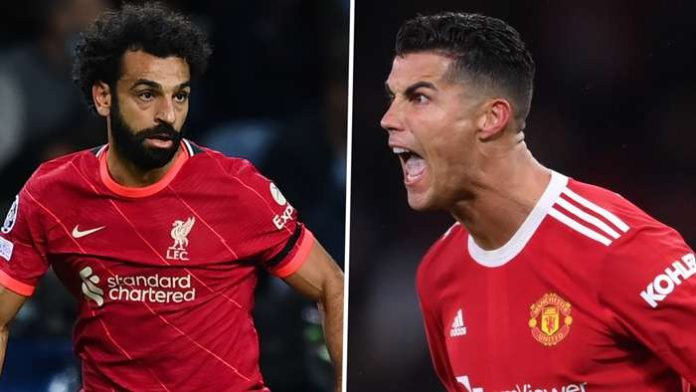 The Egypt, Portugal and Senegal internationals have been shortlisted for the best player in the English top-flight for the month under review.

Liverpool star Mohamed Salah has been nominated for the Premier League Player of the Month award for September.

To pick up this prize, the Egypt international must shrug off challenges from Manchester United’s Cristiano Ronaldo as well as Senegal international and Watford star Ismaila Sarr.

Salah was in fine form in the period under review, scoring in all the top-flight games he featured in against Leeds United, Crystal Palace and Brentford.

Having found the net against the Bees, the former AS Roma star became the fastest Liverpool player ever to reach 100 league goals as he temporarily put his side 2-1 ahead against Brentford in an encounter that ended as a 3-3 draw.

Just like Salah, Sarr turned in three goals for Watford – most notably a brace versus Norwich City – as the Hornets climbed to 12th in the English elite division table.

The Africans face a stiff challenge from Portuguese star Ronaldo – who has painted England with goals following his move from Juventus.

The Red Devils forward scored twice on his debut match since returning to Old Trafford in a 4-1 win against Newcastle United. The 36-year-old also netted in a 2-1 victory at West Ham United.

Votes from a panel of football experts will decide the winner who will be announced next week.

Meanwhile, Queens Park Rangers star Charlie Austin picked Salah as the best player in the Premier League at the moment ahead of Ronaldo and Kevin De Bruyne.

“I’m going to go with Mo Salah as the best player in the Premier League right now,” he told talkSPORT.

Chelsea and Liverpool draw in thriller