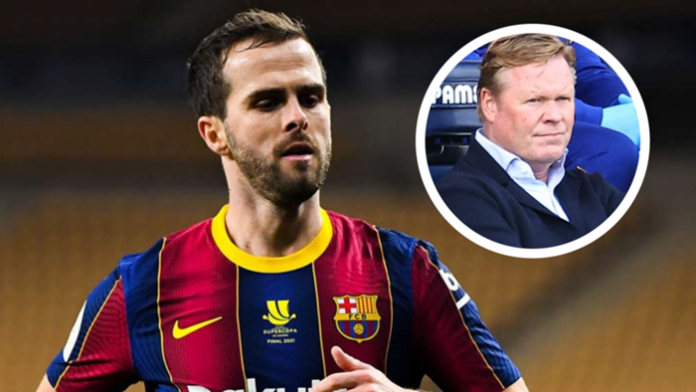 The midfielder has continued his war of words with Blaugrana head coach Ronald Koeman.

Miralem Pjanic has once again taken a swipe at Barcelona manager Ronald Koeman by suggesting that it’s time for the struggling club to get “a good leader”.

Koeman benched Pjanic last year before loaning him to Besiktas this term, and the former Juventus star has not taken kindly to his treatment.
Despite his apparent jab at his former boss, Pjanic still backed the Blaugrana to rediscover their place as a global superpower once they overcome their financial crisis.