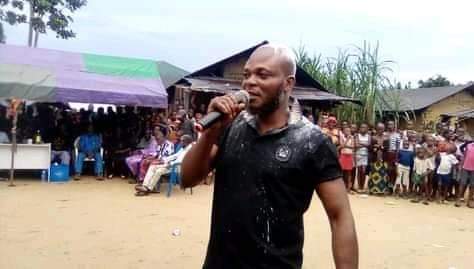 A dreaded gang leader, David Joseph commonly known as General Kumasi, who was in June declared wanted by the Rivers State Government in connection with rising insecurity in the Ahoada-West axis of Rivers State has been reportedly killed during a gun battle with soldiers in a forest in the area.

Although the army is yet to release a statement regarding the incident, a source said Kumasi died from injuries sustained from gunshots on Thursday afternoon.

Some of his lieutenants were also reportedly gunned down during the encounter.

The Rivers State Government had in June also placed a bounty on him, but General Kumasi had in an interview with Nigeria Info, in July, blamed his negative profiling on his 2023 political ambition.

He said he had decided to contest for the Ahoada-West Constituency seat at the State House of Assembly in order to make a difference and bring succour to his people who have been denied good representation.

He accused politicians in the PDP, whom he claimed to have previously worked for, of feeding Governor Nyesom Wike with false information about him in order to frustrate his House of Assembly ambition.

David Joseph who was a native of Okogbe community in Ahoada-West Local Government Area had on July 28, 2016 led his members to sign the amnesty programme initiated by the Rivers State Government for lasting peace in the state.