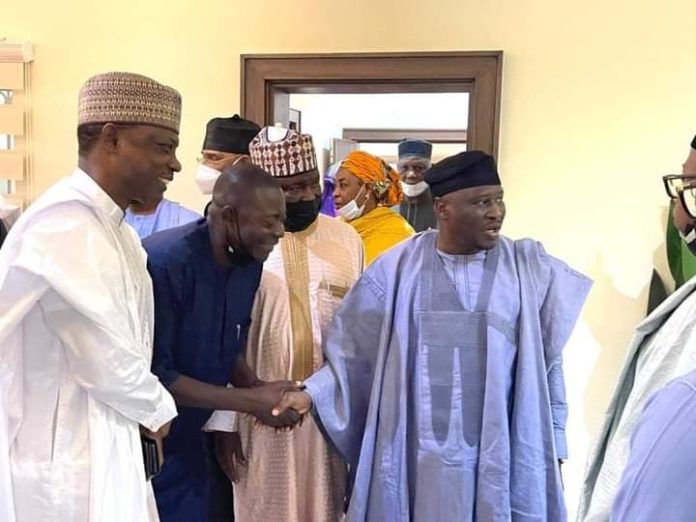 Senator Abdul Ningi has emerged as consensus candidate of North East stakeholders to run for the National Chairmanship position of the People’s Democratic Party.in the October 30th National Convention.

The decision of the Caucus was taken on Tuesday after a crucial meeting held in Abuja.

Chairman of the national convention Organising Committee Governor Ahmadu Umaru Fintiri who spoke on behalf of the North East Caucus,
said the decision was taken after thorough consultation with elders and statesmen from the region.

Governor Fintiri disclosed that the stakeholders will support Senator Ningi as candidate and it is hoped he will emerge victorious considering his experience and loyalty to the party.

Senator Abdul Ningi appreciated the stakeholders for the confidence reposed in him, promising not to let them down when he is eventually picked as National Chairman.

The People’s Democratic Party will be holding its convention on October 30th and 31st to elect National Working Committee members.