Home PUO SPORTS Mikel: Essien was the guy who really helped me at Chelsea 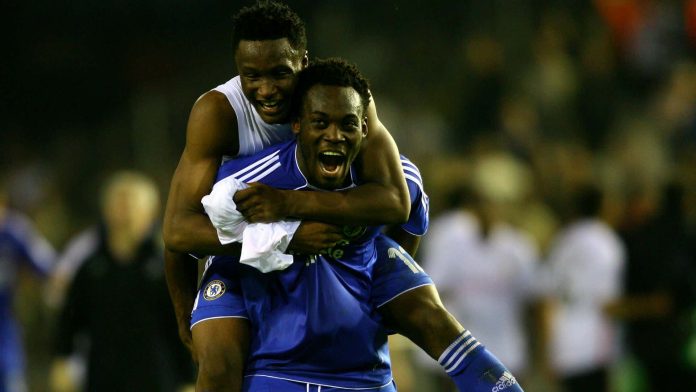 The 34-year-old spoke highly of the former Ghana captain who helped him settle into life at the Stamford Bridge.

Former Nigeria captain John Obi Mikel has credited Michael Essien for standing out to support him during his early years at Chelsea.

Mikel met the ex-Black Stars midfielder in Jose Mourinho’s team in 2006 and he recalled the role his African teammate played which helped him integrate quickly into the first-team.

The Super Eagles legend went on to spend the majority of his career at Stamford Bridge which spanned 11 years and he played 249 Premier League games with a goal and 10 assists to his name.