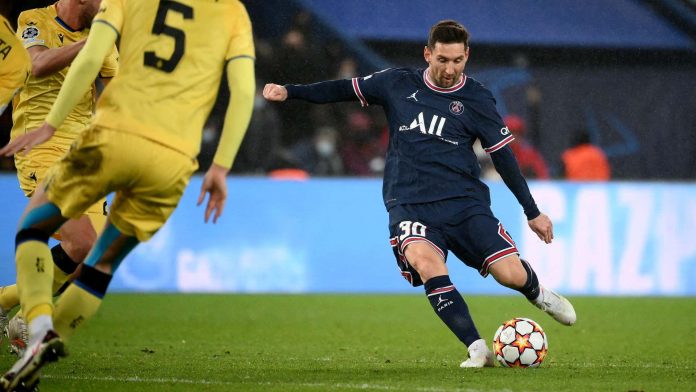 They couldn’t have moved out of second place regardless of the score in this game, but the resounding nature of that victory proves a point that PSG are still one of the Champions League’s elite teams.

Brugge however, bring the curtain down on their short-lived European campaign, with Leipzig beating Manchester City 2-1 to ensure their progression into the Europa League at the expense of Brugge, who couldn’t have got there with a defeat regardless.

Messi did prove to be a key figure in maintaining PSG’s dominance throughout that game, but it was Mbappe who started that dominance.

Two goals inside seven minutes, three shots on target, an assist, three key passes and two fouls won, showed just how good the France forward is, and will be for a long time.

The Brugge defenders dropped five yards every time he got the ball, and he was always on the hunt for that hat-trick sealing goal.

It’s full-time, and PSG cruise into the knockout stages with a comfortable victory!

They utterly dominated first-half proceedings, and although Club Brugge offered much more of a fight in the second half, including a well-taken Mats Rits goal, the Parisians were still by far the better team and a Lionel Messi penalty 15 minutes from time capped off a superb performance that saw Messi and Kylian Mbappe run the show, and Brugge simply had no answer to their brilliance!