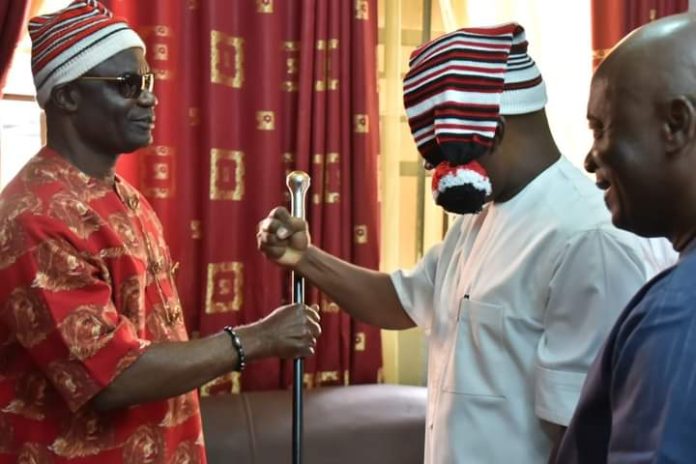 Speaker of Abia State House of Assembly, Rt Hon Chinedum Enyinnaya Orji was in Abiriba earlier today to celebrate with the Deputy Governor of Abia State, Rt Hon Ude Oko Chukwu at the occasion of conferment of chieftaincy title on him as Ikirike Oku Abiriba by the Enachioken-in-Council.

The Speaker in his remarks described the Depury Governor, Rt Hon Ude Oko Chukwu as a “family member” and thanked the Enachioken-in-Council for recognising him in appreciation of his contributions to the development of Abia State. He further described the Abiriba community as a community that lives in peace and lifts each other resulting in progress for all.

He urged the Deputy Governor to take all accolades coming his way at this time with a sense of humility and dignity emphasizing that all should work for the progress of each other rather than tear one another down.

The Speaker said he always identifies with progressives and that that is why he is always at home with the people of Abiriba. He urged the Deputy Governor to maintain those virtues that have endeared him to the people and made him deserving of the title, Ikirike Oku, as bestowed on him by the Enachioken-in-Council.

Responding, the Deputy Governor, Rt Hon Ude Oko Chukwu, welcomed the Speaker and said he was exceedingly glad seeing the Speaker identify with them in the part of the State and prayed God to sustain him.

He said the Abiriba Kingdom hardly gives out chieftaincy titles but only once in a long while and thanked the Enachioken Abiriba for the honour done him and others but that his challenges are how to reciprocate the gesture to the good people of Abirina who elected him to represent them at the Abia State House of Assemblyfor 12 years.

He further said that the State Constituency of Ohafia North are happy with his successor-representative in the House, Hon Mandela Obasi, saying if elected officers act the way Mandela acts, electorates will not regret electing their leaders.

He prayed God to continue to bless the Speaker and grant him greater wisdom for the future. 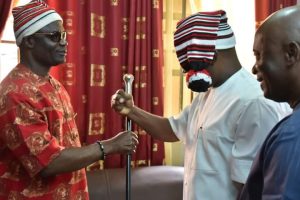 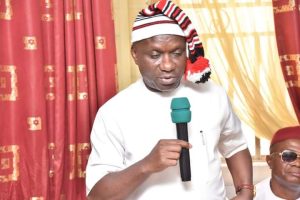 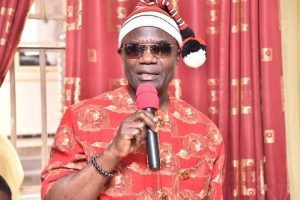