Home PUO NEWS Ikpeazu Approves The Release Of Funds For Payment Of Arrears Of Workers... 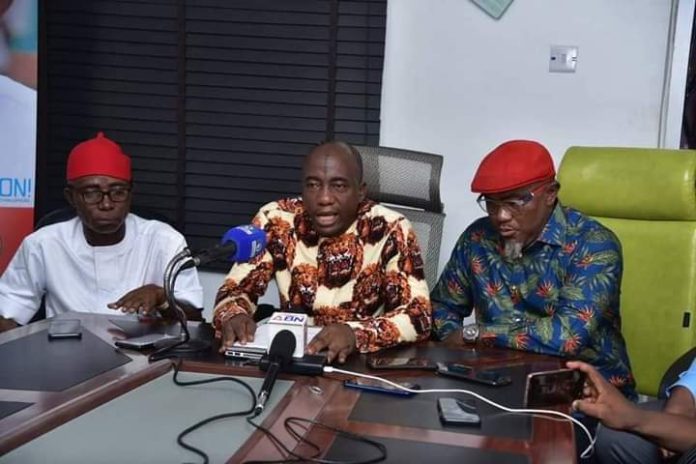 Governor Okezie Ikpeazu has approved the release of over 3.2 billion Naira to offset salary arrears of various parastatals in the State.

The Commissioner for Information & Strategy, Dr. Eze Chikamnayo broke the cheering news while briefing the Press In Government House, Umuahia. According to the Commissioner, the affected parastatals and the amount released for them are as follows :

The Commissioner who informed that the payments have started since Thursday last week advised all the parastatals concerned to ensure strict compliance to the directives and make the payments accordingly.

He disclosed that parastatals in the State are going through reforms with a view to ensuring that they fulfil their obligations. He discribed Governor Ikpeazu as a compassionate and listening Governor, who is committed to serving the State and working his transformational job till his last day in office.

The Commissioner for Documentation and Strategic Communications, Mr Ugochukwu Emezue and the Chief Press Secretary to the Governor, Sir Onyebuchi Ememanka were present at the Press Briefing.