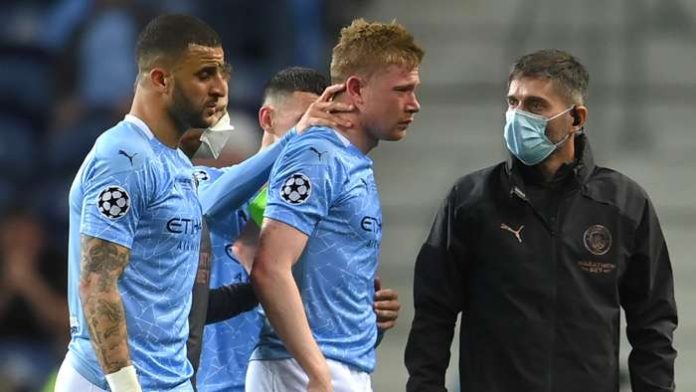 The Manchester City midfielder suffered the illness setback after ankle and facial injuries disrupted his summer and early season.

Manchester City midfielder Kevin De Bruyne has revealed that he can still feel the impact of Covid-19 as he works his way back to full fitness.

De Bruyne scored twice in City’s 7-0 victory over Leeds United on Tuesday night in his first Premier League start since contracting the illness.

The 30-year-old missed four matches with coronavirus to compound a difficult six months that saw him suffer ankle ligament damage at Euro 2020 as well as concussion and a broken nose after a nasty clash in last season’s Champions League final defeat to Chelsea.