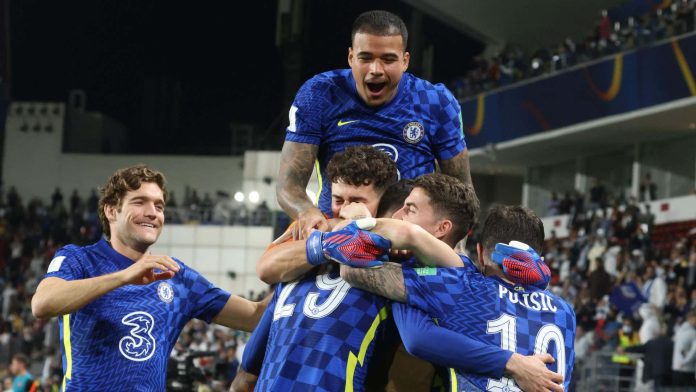 Chelsea win their first-ever Club World Cup title, and it’s their second piece of silverware this season after their Super Cup triumph in August. Palmeiras’ wait for the trophy goes on, with their 10-match winning run also coming to an end with this defeat.

Chelsea win the Club World Cup thanks to Havertz’s late spot-kick in extra time! Lukaku headed the Blues ahead in the 55th minute, but Palmeiras pulled themselves back into it with Veiga’s penalty which was awarded after Silva’s handball.

It stayed 1-1 for the majority of extra time before Luan used his arm to block Azpilicueta’s shot and Chelsea were awarded a penalty.

Havertz stepped up and coolly converted it in the 118th minute. Luan’s game got worse though, with the defender being sent off seconds before the final whistle for a rash challenge on Havertz.