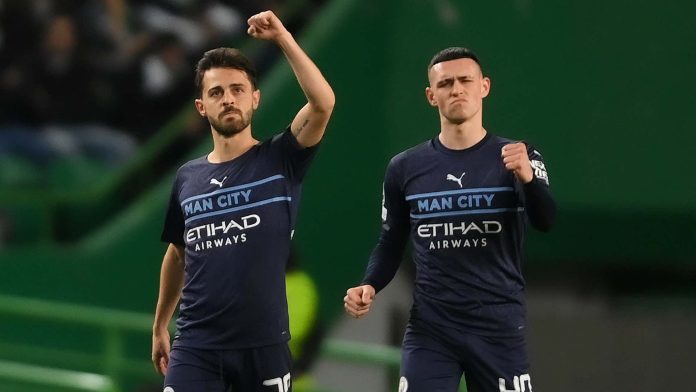 The second leg between these two does not take place until March, but Guardiola will have the chance to rest players, especially given their five-goal advantage.

City have sent a message with this result tonight, and if anyone doubted their credentials to win the competition, they might have to think twice. Yes, Sporting were unlikely to progress much further in the Champions League, but they were made to look very ordinary tonight after a majestic display.

A five-star performance from Manchester City means they are as close as possible to the last eight of the Champions League. The reigning Premier League champions were far too good for Sporting, and they proved that after scoring four goals inside the first 45 minutes. Mahrez scored the opener after a VAR check ruled in his favour before Bernardo scored the first of his two goals thanks to a piledriver from inside the penalty box. Foden then tapped in Mahrez’s cross to make it three before Bernardo grabbed his second when his shot was deflected into the back of the net. City did not let up in the second half, and Bernardo was denied his hat-trick after being flagged offside. Sterling scored the best goal of the night as his stunning drive from outside the box sailed into the top corner, and it was a night to savour for the travelling City fans.

No Rangnick influence on Man Utd vs Chelsea – Carrick