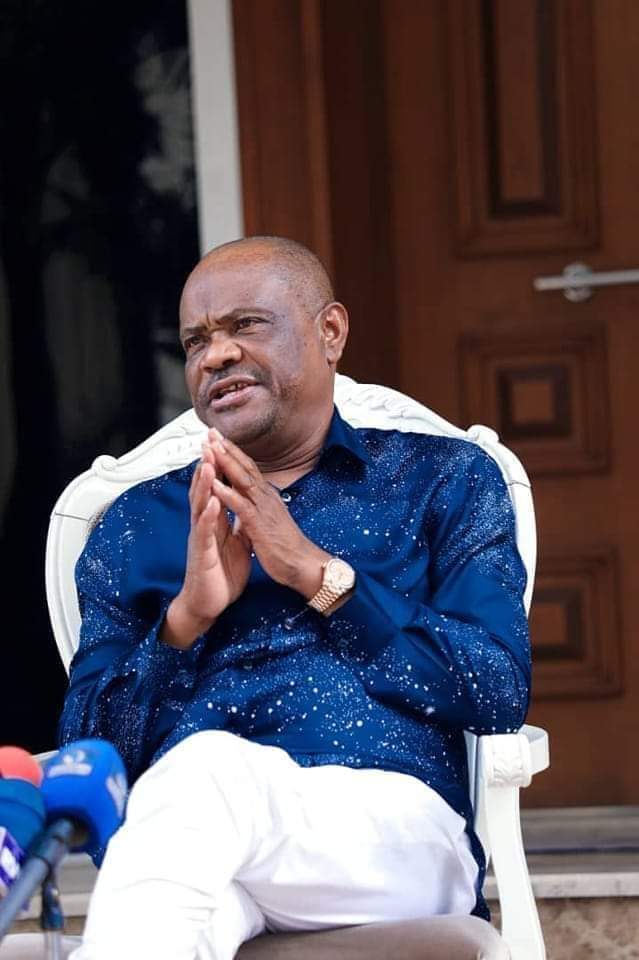 Rivers state governor, Nyesom Ezenwo Wike has described as preposterous the rumour that he and other Peoples Democratic Party (PDP) governors traveled to Europe to determine the 2023 presidential and vice candidates of the party.

The governor, accused those behind the rumour of deliberating sowing the seeds of discord in a bid to ruin the chances of the PDP in the 2023 general elections.

Governor Wike on Thursday in Port Harcourt, said PDP governors have been inundated with calls following a text message being peddled by a chieftain of the party, Chief Raymond Dokpesi that some governors had embarked on a weeklong trip to Europe to determine those who will be the presidential and vice presidential candidates of the party in 2023.

“I have always said to people in PDP, nobody should cause a division among the governors. We are trying as much as we can to build the party back and see that in 2023 PDP takes over governance. But, I have some suspicion that people like Raymond Dokpesi are not really sincere to the Peoples Democratic Party and I think , I’m convinced that Raymond Dokpesi appears to be working for APC.”

The governor said while he and his colleagues don’t have anything against Chief Raymond Dokpesi campaigning for the 2019 PDP presidential candidate and former Vice President of Nigeria, Alhaji Atiku Abubakar, he should be circumspect and desist from causing mayhem in the party.

“I’ve told Raymond Dokpesi that there is nothing wrong with you preaching for the candidature of Alhaji Atiku Abubakar, the Waziri of Adamawa , a very experienced man, an intelligent man, a strategist. But don’t destroy other people because of this. Because when you destroy them it will be difficult for PDP to win election in 2023.”

The Rivers state governor implored Alhaji Atiku Abubakar, who he described as a well known political strategist to rein in Chief Dokpesi from spreading dangerous rumours capable to polarising stakeholders in the party.

Governor Wike noted that in 2019, PDP governors, without the prompting of Dokpesi rallied round Alhaji Atiku Abubakar and will do so again if he picks the party’s presidential ticket.

“We supported Atiku Abubakar when he won (PDP presidential ticket), and even if he wins now, the governors will rally round him, but when you destroy the governors and bring confusion, how will it work.”

The governor advised all those who love the PDP and are desirous it wins the 2023 general elections to desist from spreading harmful and baseless information intended to cause strife and mistrust.

He explained that Governor Makinde, who is the only PDP governor in the South West geopolitical zone, deserves to be consulted as it concerns the forthcoming governorship elections in Osun and Ekiti states.

“The party should call the governor (Makinde) and say see what we are doing so that he will be carried along.”

Governor Wike said it will be politically wrong for people outside the South West geopolitical zone to determine what happen in the Osun, without the contribution or better still, input of the Oyo State governor.