There have been tension and allegations in Osun State as the All Progressives Congress (APC) prepares to hold its governorship primary on Saturday.

Three aspirants are currently vying to be candidates of the APC in the coming July 16 governorship election.

The three aspirants include the incumbent state governor, Gboyega Oyetola; former Deputy Speaker of the House of Representatives, Lasun Yusuff; and a former Secretary to the State Government, Alhaji Moshood Adeoti.

A direct primary election was preferred by the party.

While Oyetola has maintained a deafening silence since the crisis in the party began, the Minister of Interior, Rauf Aregbesola, who was a two-term governor of the state has made it a mission to stop the reelection of the incumbent Governor.

Aregbesola on Thursday claimed that Oyetola, who was his Chief of Staff while he was governor, has witch-hunted him since he assumed office in 2018.

According to him, “I worked very hard to ensure Oyetola’s election. It was however a rude shock when he got into office and started a grand witch-hunt against me. We campaigned for Oyetola through thick and thin to make him Governor. It was however surprising to see how he was doing to me when he got to the office,” Aregbesola said during a campaign.

Aregbesola said he begged Oyetola for two years to forestall the present crisis in the party but he did not heed.

“When he started doing it, I sent emissaries and started begging him. This went on for two years. I continued to send emissaries to him to appeal to him. I begged him too. I even told him not to like me at all, but not to destroy my good works or personality. He did not heed to this. He kept on with his witch-hunt,” he said. 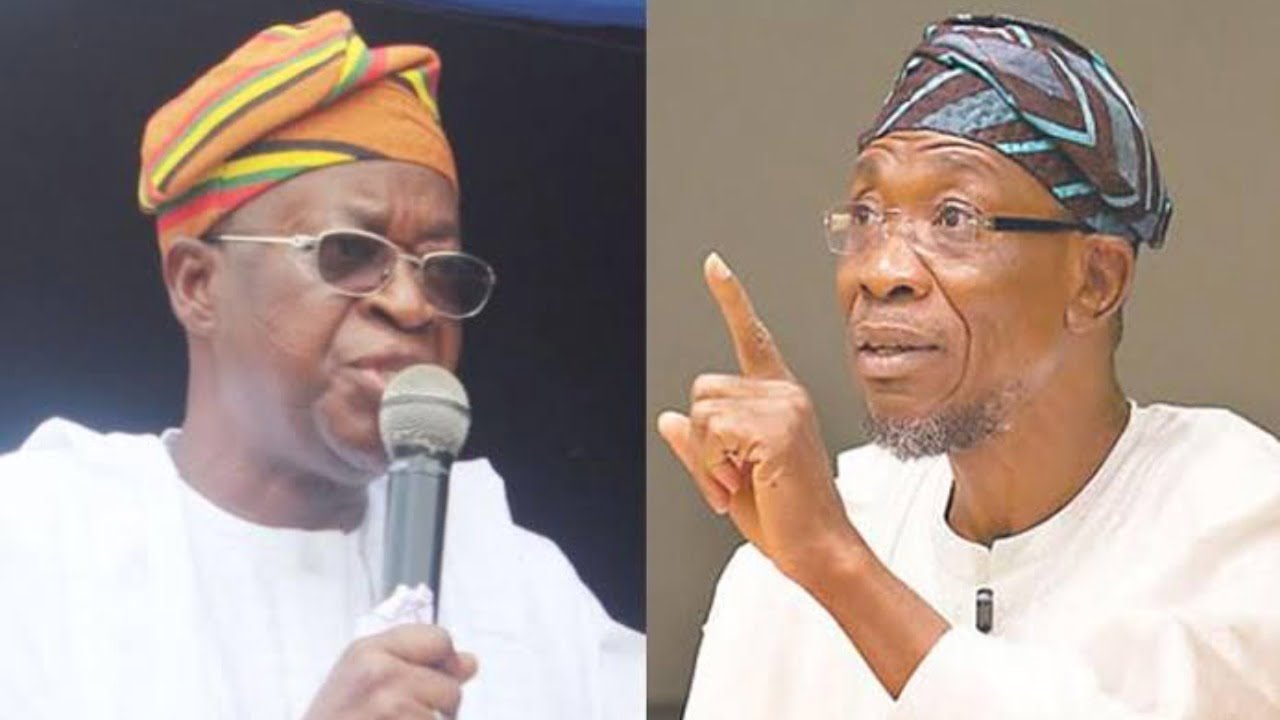 Aregbesola has declared support for Adeoti as the next governor of the state, urging the party faithful in the state to reject the Governor.

Meanwhile, there are a series of allegations from two factions of APC in Osun that security agencies have been compromised and taken sides in the party crisis.

There are records of attack between the APC factions loyal to the duo, Oyetola and Aregbesola – this has put tension in the mind of residents of the unknown during or after the primary.

A faction of APC loyal to Aregbesola protested against the state’s Commissioner of Police for allegedly castigating the former governor, claiming that the Osun State command is showing “unbridled loyalty” to Oyetola.

In a statement by Aregbesola’s media adviser, Sola Fasure, “known hoodlums” attacked his convoy on Monday after he openly declared support for his aspirant. He also alleged that sponsors of the evil plot have resorted to smearing his name after failing to achieve their mission.

In another development, the state’s Commissioner for Information and Civic Orientation, Funke Egbemode, on Thursday, raised the alarm that some “unscrupulous persons” have imported fake uniforms of the Nigeria Security and Civil Defence Corps (NSCDC) and the Nigerian Correctional Service into the state.

She had earlier this week announced that the government had credible reports that some “misguided cowards” have invaded Osogbo, the state capital with armed thugs to foment trouble.

Security beefed up ahead of APC primary

The Osun State Police Command says it may give a sit-at-home order for Saturday 19th February 2022, the date of the primary election of the ruling APC.

According to the police, its decision will be guided by “intelligence gathered on security threats” ahead of the day.

Also, the Commandant, NSCDC in Osun State, Emmanuel Ocheja, in a statement on Friday, by the command’s spokesperson, Olabisi Atanda said it had directed a full-scale covert operation to arrest any act of criminality by hoodlums, thugs and miscreants planning to foment trouble, create panic and thwart the relative peace enjoyed in the state.

The NSCDC boss warned parents and guardians to discourage their children and wards from being used by desperate politicians.

What i did while in Kuje prison – Orji Kalu reveals