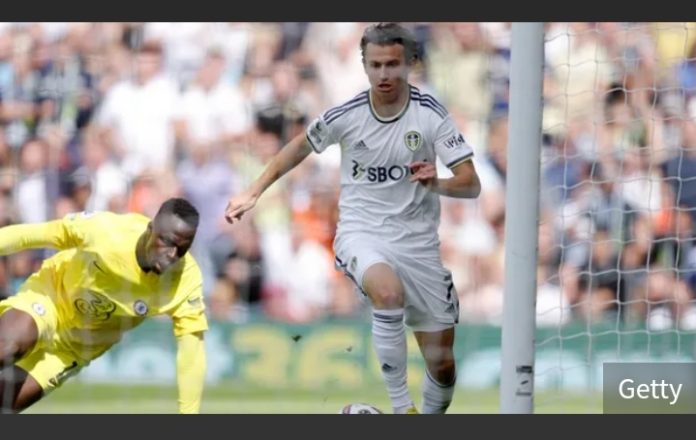 The German tactician refuses to give away all his feelings as the Senegal international’s gaffe played a key role in the Blues’ defeat.

The African tried to take on onrushing Brenden Aaronson after receiving a back pass from Thiago Silva. However, that plan backfired as the American nicked the ball off his toes before tapping in from close range to give the Whites a well-deserved lead.

When asked for his own take on the Senegal international’s gaffer at Elland Road, the former Paris Saint-Germain handler felt there was nothing to gain.

“He knows himself. With these kind of mistakes, I don’t know if it is necessary to speak about it,” Tuchel told Chelsea’s website.

“He knows himself and it has nothing to do with protecting him, everybody in the world sees that mistake.

“It’s a huge mistake in a crucial time in the match. He’s the one who’s the most disappointed, this cost us a lot today.”

Mendy’s reliability has now been questioned after leaking five goals in his last two league outings.

His recent performance infuriated fans who suggested that he should be benched for Spain international Kepa Arrizabalaga.

Apart from the former Rennes player’s error and Kalidou Koulibaly’s dismissal, Tuchel stated that the first-half goals his team leaked made the difference in the keenly-contested affair.

“I think we lost it in the first 20 minutes,” he continued.

“We created enough chances and half chances to be 1-0 or 2-0 up and then we lost the discipline, we lost the repetition in doing what we wanted to do and what we did okay in the first 20 minutes.

The London giants would be eyeing redemption when they take on Leicester City on August 27.

Barcelona: Messi angry as board members want him sold