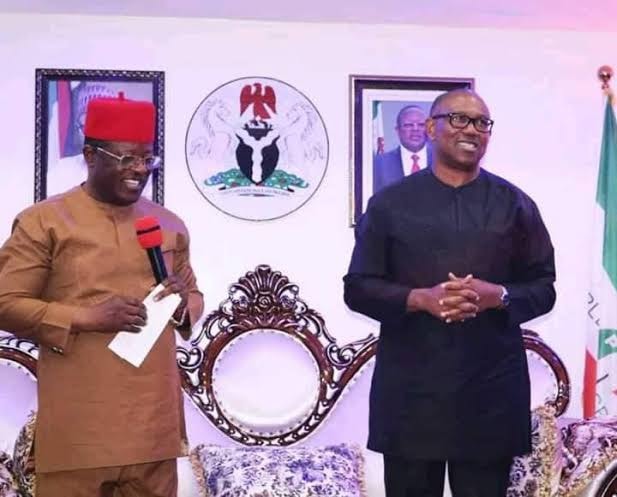 Governor Dave Umahi of Ebonyi State has disclosed plans to host the presidential candidate of the Labour Party, Peter Obi in the state.

Speaking on Arise TV on Friday, Umahi, expressed his admiration for the activities of Peter Obi leading to the 2023 general elections.

The governor described Obi as a friend and denied ever saying that Obi would not get any vote in Ebonyi State.

He said, “I never in all my outings and utterances mentioned Peter Obi.

“Peter Obi is my friend, I’m going to host him in Ebonyi State and I will host him publicly,

“I like what he’s doing, and it’s very encouraging.”

The Ebonyi State governor was quoted in the past to have said Peter Obi would not get any vote in the state.

He has now denied making such comments and accused the Peoples Democratic Party. PDP, in his state of orchestrating such narrative.

He also noted during the interview that the Igbos lost out massively in the All Progressives Congress and the PDP during the presidential primaries.

Despite military presence, over a million cows have flooded Benue, Ortom...