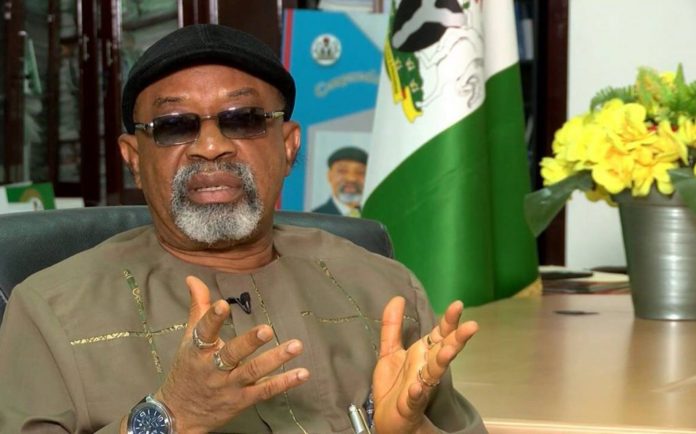 The Federal Government is keen on reducing the influence of the Academic Staff Union of Universities (ASUU) in Nigeria.

Recall that ASUU embarked on an industrial action on February 14 and maintained its ground for eight months, leaving public universities closed.

On Tuesday Minister of Labour and Employment, Chris Ngige made the call in a statement by Olajide Oshundun, Head of Public Relations in the ministry.

The unions – Congress for Nigerian University Academics (CONUA) and Nigeria Association of Medical and Dental Academics (NAMDA) earlier received letters of recognition from the government.

In response, NLC President, Ayuba Wabba demanded withdrawal of the letters issued on the grounds that their registration contravened the laws guiding trade unionism.

But Ngige, in his reply, appealed to the NLC to allow the new bodies to exist in the spirit of Freedom of Association.

The minister said the Trade Dispute Act 2004 gives him the sole power to register new trade unions, either by registering a new union or regrouping existing ones.

Ngige explained that the new unions were offshoots or by-products of regrouping and their applications were considered by two committees of his ministry.

The official told the NLC that CONUA and NAMDA were regrouped from ASUU for efficiency and effectiveness in the system.

“Comrade President, do not unnecessarily oppose the registration of these new academic unions. As an uncle of the unions, oppose none in the spirit of Freedom of Association”, he noted.

Pointing out his power to register unions under Section 3 (2) of the Trade Dispute Act, CAP T14, Ngige cited a litigation in the National Industrial Court of Nigeria (NICN).

The case involved the Nigerian Union of Pensioners (NUP) and the Federal Parastatals and Private Sector Pensioners Association of Nigeria (FEPPAN) regrouped from the NUP.

Ngige recalled that the NICN, in suit NICN/ABJ/219/2019, affirmed its initial ruling that the power to register trade unions resides with the Minister of Labour and Employment.