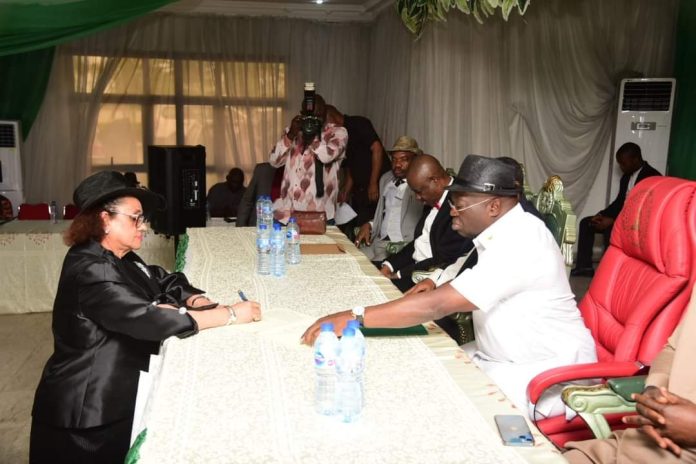 Governor Okezie Ikpeazu has sworn in Honourable Justice Lilian Abai as the Acting Chief Judge of Abia State with a charge to her to maintain the cordial relationship existing between the executive and the Judiciary in the State.

Speaking after administering the oaths of office and allegiance on the new acting Chief Judge, by the State Solicitor General, Lady Uzoamaka Ikonne at the Government House, Umuahia, Governor Ikpeazu assured that his administration would do everything to support her to make the Abia Judiciary better.

The Governor commended the Judiciary for setting up and sustaining a template for succession which makes leadership transition seamless. He appreciated the relative stable relationship between the Executive arm of Government and the Judiciary in the State and saluted the immediate past Chief Judge of the State, Justice Onuoha Arisa Kalu Ogwe for working in synergy with the Executive and expressed his desire for it to continue.

Governor Ikpeazu, who congratulated Justice Lilian Abai on her emergence as the new Acting Chief Judge expressed confidence that she would acquit herself creditably with the new office. 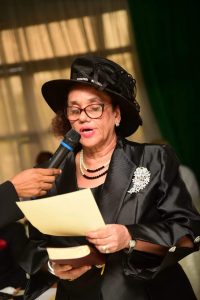 In her acceptance speech, the Acting Chief Judge of Abia State, Justice Lilian Abai thanked the Governor for the honour done her.
She promised to abide by the oath of her office and discharge her duties accordingly while assuring that she would maintain the cordial relationship existing between the Executive and the Judiciary.

The swearing in of the new Acting Chief Judge followed the retirement yesterday of the former Chief Judge of the State, Justice Onuoha Arisa Kalu Ogwe.