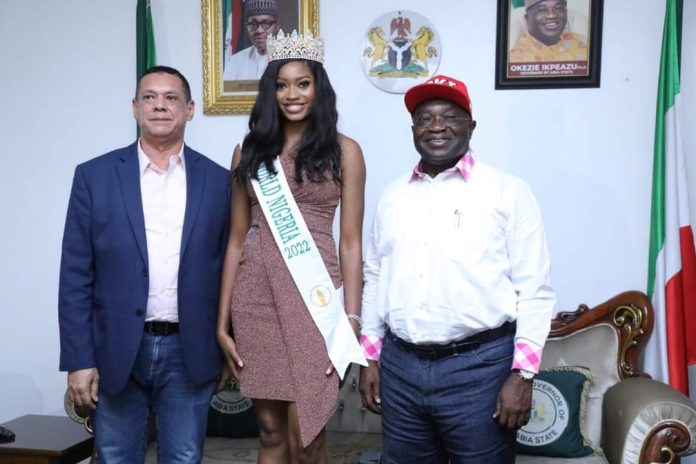 Abia State Governor, Dr. Okezie Ikpeazu has charged the Abia born reigning Most Beautiful Girl In Nigeria, , Miss Ada Joy Eme to remain focused and resilient in order to bring more laurels to the herself and the State.

Governor Ikpeazu gave the charge while receiving Miss Ada Joy Eme, the winner of the Most Beautiful Girl In Nigeria Pegeant at the Government Lodge, Aba. The Governor assured that he would support her in all her pet projects even as she competes in the Miss World Pageant in 2023.

The Governor commended the girl’s brilliance, charisma and resilience, noting that he was not surprised at her success as Abians are known for being very enterprising and result oriented anywhere they found themselves. According to him, the new Queen comes from Abiriba, a people known for determination and dedication to whatever cause they believe and urged her to sustain the feat while assuring her that the State is proud of the honour she has brought home.

Governor Ikpeazu, who commended the Silverbird Group for the opportunities they provide for young people across Nigeria, through their organization enjoined them not to relent and congratulated Miss Ada Joy Eme on her victory.
He particularly commended the new Queen for being consistent in her quest to emerge victorious after several attempts, noting that it shows that initial disappointments should not discourage a determined person.

Presenting the new Most Beautiful Girl in Nigeria earlier, Mr. Guy Murray-Bruce, President Silverbird Group described Miss Eme as a resilient and persistent individual, who competed four times before clinching victory. He described her asa national queen who would be representing Abia and Nigeria at the Miss World competition in 2023.

Also speaking, the new Most Beautiful Girl in Nigeria, Miss Ada Eme lauded Governor Ikpeazu for being very much interested in the development of the young people, ensuring that they are supported and encouraged. She said she was overwhelmed by her victory and thanked the Governor for receiving her as well as promised to live up to dictates and demands of the crown and, to make Abia, Nigeria proud.

The event was witnessed by some members of the Executive Council, Chief of Staff to the Governor, Chief Okey Ahiwe, the mother of the Queen, amongst other dignitaries. 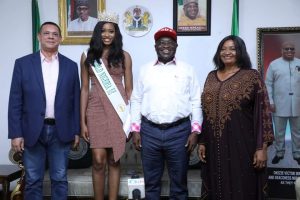 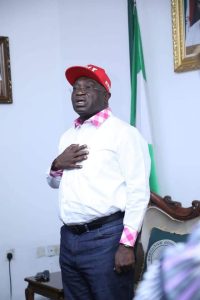 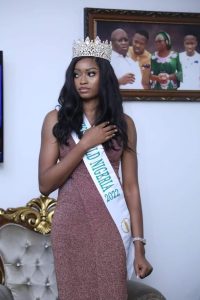 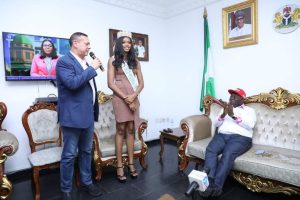 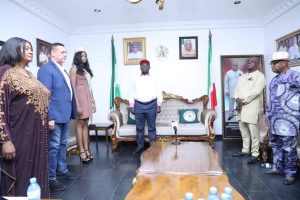 “Wike Is a Curse To Rivers and as Evil Ruler will...