Home PUO NEWS Ikpeazu receives report of the task force on the restoration of Abia... 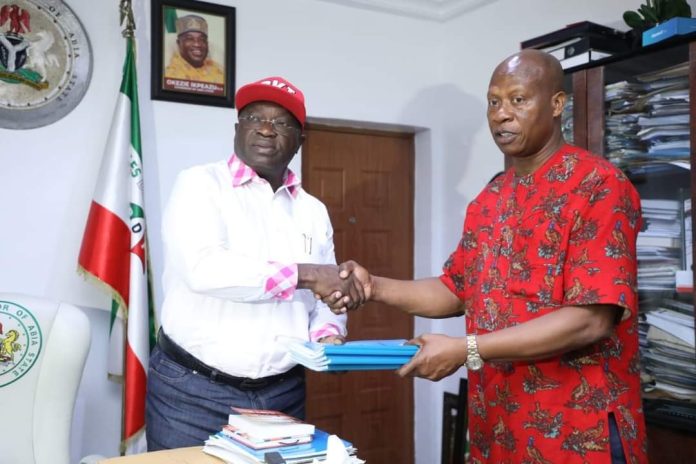 The Task Force On The Restoration Of Accreditation Of the Abia State Polytechnic, Aba has submitted its report to Governor Okezie Ikpeazu.

Receiving the report from the Task Force at the Governor’s Lodge, Aba, Governor Ikpeazu assured that he will study the recommendation with a view to implementing same.

While congratulating the Task Force for a job well done, Governor Ikpeazu said that the issue of staff rationalization must continue unabated and urged students of the polytechnic to always hold the management accountable.

According to the Governor, the major challenges facing the institution are the ability of the management to match their expenses with their income, and the need to consistently increase the student population.

He challenged Management and Council of Abia State Polytechnic to sit up and reaffirmed that his government will continue to pay subventions of the polytechnic which is the statutory obligation the government owes all tertiary institutions. The Governor made it clear that his administration does not owe the institution any subventions.

Presenting the report to the Governor earlier, the Chairman of the Task Force, Professor Ikechi Mgbeoji said that the deacreditation of Abia State Polytechnic few months ago came as a rude shock and expressed gratitude to the Governor for providing the sum of Four Hundred and Fifty Million Naira with which the Polytechnic was bailed out.

He disclosed that the Task Force verified staff of the polytechnic as well as paid their salaries in addition to identifying the challenges confronting the Polytechnic and profering solutions to them. 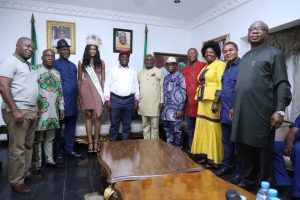 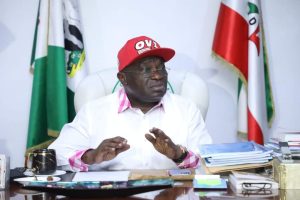 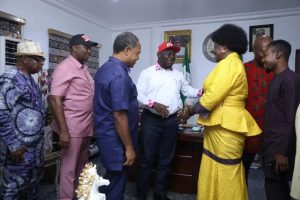 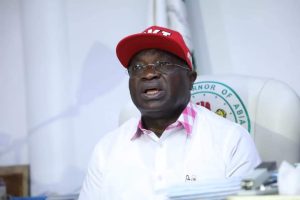 Eze Bomb Wike, Says He Is Running Rivers Like A Mafia,...