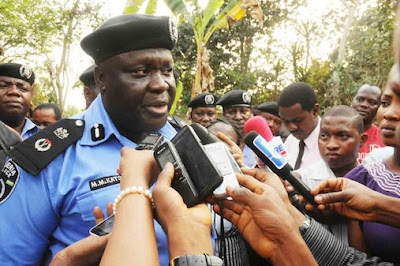 The pastor is said to hail from Orji River in Enugu State but came to Ebonyi for pastoral mission according to investigation.

It was alleged that he used diabolical handkerchief to lure some of the children especially those who tried to resist him.

The state police public relations officer, George Okafor, confirmed the development but said he would brief Journalists when investigation was concluded.

“We are aware of the matter.We are still investigating the matter.But latest tomorrow,we will get back to the press,”the police spokesman said.

The coordinator of Ikwo East Development Centre, Hon. Chinedu Ogbuoji, who confirmed  the development said it was  pathetic.

His said: “The incident is a pathetic one because these days some people hide themselves under the umbrella of religion to perpetrate evil.

“He told us that his name is Paul Morah from Enugu State. He claimed to be a pastor. But when we interrogated him further, he said he spent only three weeks in the church before he was suspended by the Anglican church in Enyibichiri community.

“People from my area reported the incident to me yesterday and I intervened with the support of the town union leader and the youths who came out because of the importance of security to the state government.”

“They said they will blow the plane that I will enter”...