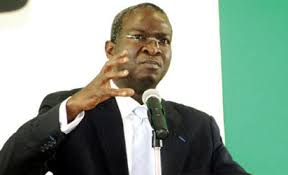 Mr Babatunde Fashola, the Minister of Power, Works and Housing has given an assurance that the Abuja-Kaduna road would be pothole free to ensure safety of commuters ahead of the planned closure of Abuja Airport.

Fashola gave the assurance on Friday in Kaduna during an inspection of the project.
He said the repairs currently being executed on the road was an emergency to remove the potholes to make it safe for commuters.
“The project is not to build the road yet, what we are doing is emergency, to remove all potholes to reduce the risk of accident during the six week closure of Abuja Airport.
“As you can see, some section has been resurfaced completely but that is not the main reconstruction of the road, so let’s be clear of what is being done.
“The whole contract for this emergency intervention is to cover the potholes on the entire length of 160 kilometres, two lanes on one side and another two lanes on the other side.
“That is, to cover 620 kilometres portholes for about N1 billion contract and that is not the amount we need to build the road,” he said.
According to the minister, we are optimistic that we will deliver on our own end to support the Ministry of Transport to do the airport repairs
He said the contract for the building of the road was currently undergoing procurement process before the Bureau of Public Procurement (BPP).
According to him, this road was completed in the early 90s when it was expanded from a single carriage to a dual carriage way.
He said the road had not witnessed any major repairs since it was built over two decades ago.
The minister said the rebuilding of the road would commence as soon as the procurement process was completed.
The emergency contract to remove potholes on the road followed the decision to close Abuja Airport for six weeks from 8 March.
Thereafter, air traffic and passengers would be diverted from Abuja to Kaduna.
Source :BNN