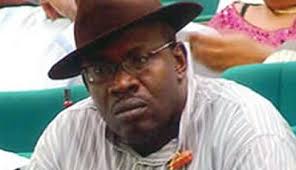 Some members of the party had attempted to dismiss Dickson’s report on a template for peace and proposal for a national convention, which he recently submitted to the National Chairman, Senator Ali Modu Sheriff.
Dickson fired back at his critics and described the attack against the report as mere propaganda aimed at dividing the party the more.
It was gathered that the meeting with Babangida was at Dickson’s instance as he is determined to ensure the PDP gets out of its current crisis by consulting with elders of the party.
Sources said Dickson, who met with Babangida, in his private study, for over an hour, explained the rationale behind the report he submitted to Sheriff and the need for the party to come together to resolve the current crisis before it consume it.
Another source, who was in the know of the meeting, but declined to be named, explained that Dickson met with Babangida, alone, in his private study, away from the prying eyes of aides of both politicians.
“The governor, after an hour, came out of the meeting and did not disclose the purpose of the visit but, instead, got into his car and zoomed off,” the source said.
Other sources said Dickson is likely to meet more PDP elders and engage them on the need for a national convention, to end the crisis in the party, once and for all
Source: punch

The Promise To Pay off Abia Outstanding Salaries is on Course...