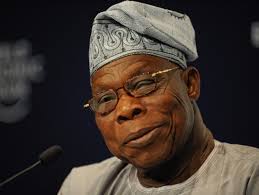 Besides, the former president enjoined other African leaders to do same in order for the continent to overcome its myraid of socio-economic and political challenges, retarding it’s progress.
Obasanjo, who was represented by the Deputy Coordinator of Olusegun Obasanjo Presidential Library, Ayodele Aderinwale, spoke in Ibadan, at the opening of a five-day third biennial international conference, with the theme: Polity Debacle and the Burden of Being in Africa, organised by the Faculty of Arts, University of Ibadan.
“There should be no respite; there should be no hiding place for treasury looters. And good people with ideas must come forward to be counted, get elected or supported by good people to grow the economy and provide solid infrastructure.”
Obasanjo noted with dismay that often, the focus of leaders in Africa has always been on material resources, rather than human capital. He added that African political leaders must make changes that will “reduce corruption and generate the laws, policies and practices needed to redraw efforts at catching up with the rest of the world.
“African citizens on their part will have to create popular pressures that will make African leaders address challenges of leadership, fiscal and economic, managerial, infrastructure, industrial and technological deficits.
“The Town and Gown must collaborate to make Africa the best. Those in political leadership position must ensure policy framework and enabling environment to provide public infrastructure.
“There is need to restore social justice issues around resource control, citizenship and governance. Let me state unequivocally that our standards of living will rise the moment we take our destiny in our hands. I know we have what it takes.”
A management expert, Prof. Pat Utomi; former presidential spokesman, Dr. Reuben Abati; Prof Emeritus Ayo Bamgbose, of the University of Ibadan and representative of only female senator elected in all the 19 northern states in 2015 elections, Binta Garba, representing Adamawa North, also gave reasons why Nigeria and Africa are underdeveloped and preferred solutions.
Utomi, in his submission, attributed the bane of Africa to collapse of culture, weak institutions, wrong policy choices that deplete progress, unfavourable disposition of leadership to human capital development and so on.
He explained that collapse of culture has changed the orientation of people from delayed gratification to immediate gains, greed and so on.
Effective leadership, according to him, is all about shaping culture and the way things are done, adding that culture is about values, which must be upheld for the betterment of the society.
The keynote speaker, Prof Akanmu Adebayo, a professor of History and Conflict Management, Kennesaw State University, United States of America, noted that the cost of governance in Nigeria and other African countries has been too high and it is unsustainable.
He said Nigeria and other African countries must fight corruption, but they must review the strategies for angk graft campaign, saying: “Anti-corruption strategies that have not worked include public shame and execution, special tribunals and/or the court and so on.”
He also noted that studies have shown that the leadership elite have been forming alliance with economic elite, and traditional rulers to stay in power. He added that attention should not only be focused on public governance, but governance of religious and traditional institutions, he stated, should be given assignment.
He advised that men and women should be empowered to live to their fullest dreams, sayiny the people must keep hope alive, and “we must rethink the cost of governance.” He called for reduction in the number of elected representatives at the national ans state levels and legislative duties should be on part time basis. He also said: “We need to turn down irreverent campaigns for separation, secession, and dissolution of the countries in the continent.
Source: sun

PHOTONEWS: INEC Office That was Burnt Down Yesterday in Abia