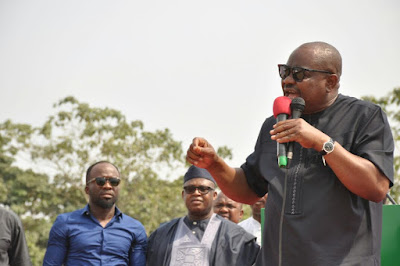 Under the “Operation Leave the Road” , street traders, vulcanisers, road  side mechanics , artisans, street vendors and other persons who constitute nuisance  on the roads have been given one week to vacate the roads

A statement  by Simeon Nwakaudu, Special Assistant to the Rivers State Governor on Electronic Media  declared that any person who  flouts this directive  at the expiration of  the  one-week ultimatum , would  be arrested and prosecuted.

The statement  informed  that all damaged vehicles must be moved away from all the roads within one-week, failure which they  would be impounded and their owners prosecuted.

The governor  stated that a Task Force  will be established  to implement  the new directive and ensure  the maintenance of order on the roads.

Saraki: The President We Met was Witty and Healthy

Ban on Public procession still on in Rivers State says ...