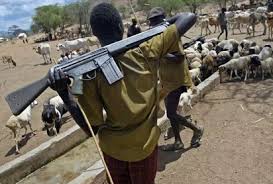 No fewer than 15 communities in Orumba-South Local Government of Anambra State on Tuesday raised the alarm over the menace of herdsmen in their area.
They alleged that herdsmen were raping their wives and children.
The spokesperson for the communities, Mr Chukwudi Ugochukwu, stated this at Orumba-South Local Government Council secretariat in Umunze during a stakeholders’ meeting of the people of the area.
He added that the herdsmen allowed their cows to graze on farms, thereby destroying people’s livelihoods.
Ugochukwu said some women and girls had been raped on their way to their farms.
He said no fewer than 20 of such cases had being recorded, adding that he would not go beyond for fear of stigmatising the victims.
He said, “We live along the boundary with Imo State by Arondizuogu. All the farmlands there have been devastated by the herdsmen. Some of our women have been raped on the farmlands but they refused to talk so that they will not be stigmatised. The entire Umunze is under threat.”
Source:punch

Ex-ministers angry with Jonathan for ‘abandoning’ them with EFCC