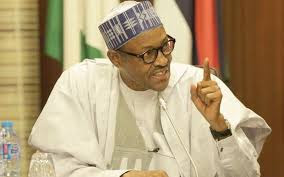 The Federal Government on Wednesday said despite pressure from groups and individuals, it would not disclose the amount spent on President Muhammadu Buhari’s recent medical treatment in London, the United Kingdom.
The Minister of Information and Culture, Alhaji Lai Mohammed, said this while answering reporters’ questions at the end of the weekly meeting of the Federal Executive Council at the Presidential Villa, Abuja.
Buhari had been under pressure to disclose the amount spent on his 49-day medical treatment in London, saying it is still important for the citizens to know the cost of the President’s medical treatment abroad.
The Punch had in line with the Freedom of Information Act sent a letter to the Presidency requesting it to provide for public consumption Buhari’s medical bills incurred in the UK.
But Mohammed said the request should be considered on the basis of national security and morals.
He said he was not aware of anywhere in the world where the President was forced to divulge his medical bills.
The minister said even the FOI Act excluded issues bothering on national security.
Mohammed said, “This matter (the President’s medical bill) has come several times and our position on the matter is quite straight forward.
“What are the President’s conditions of service? What are his entitlements in terms of his well-being and health care? The state is supposed to take responsibility for these.
“We believe that asking for how much has been spent on the health of the President is an issue that we should weigh very well both for national security and also for moral issues. I don’t know why we must divulge such very sensitive information.
“I might be wrong but I don’t have experience else where that the President of any country will be ill and be forced to disclose how much the state has spent on his health.
“Yes, there is Freedom of Information Act but it is also carved in such a way that when such information is likely to endanger national security, I think it is an area that is not covered.”
The Socio-Economic Rights and Accountability Project, Centre for Anti-Corruption and Open Leadership, Human rights lawyer, Mr. Femi Falana (SAN), and the Campaign for Democracy, among others, had said it had become imperative to release the President’s medical bill in the UK because his administration rode to power on the pedestal of transparency, anti-corruption promise and change and therefore could not afford to hide such information from the public.
Buhari had written the Senate that he would embark on medical vacation for 10 days, between January 23 and February 6, 2017 and that Vice President Yemi Osinbajo would act on his behalf.
However, a second letter written to the Senate on February 5 informed the lawmakers of the President’s wish to extend his leave indefinitely. The letter had stated that the extension was to enable him to complete and receive the results of a series of medical tests.