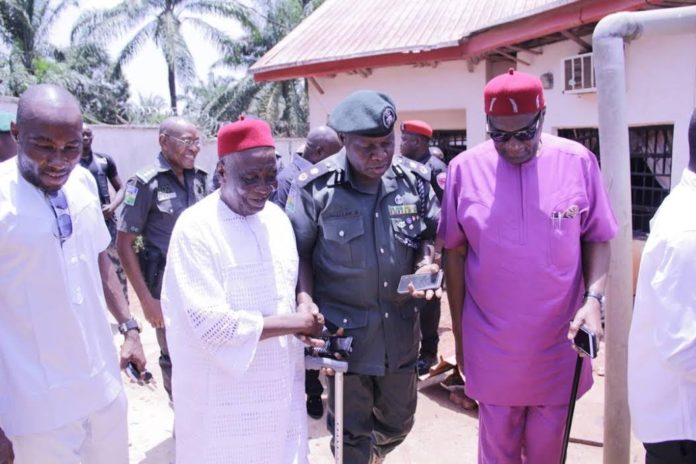 The apex Igbo group, Ohanaeze Ndigbo and leaders of the South-South geo-political zone have been called upon to form a bloc ahead of the 2019 general elections.

Making the call, on Monday, in Awka, the Anambra State capital, the Campaign for Democracy (CD)  said an alliance between the Pan Niger Delta Forum (PANDEF), led by Chief Edwin Clark and Ohanaeze Ndigbo, led by Chief Nnia Nwodo, would be good for both regions in the final analysis.

The CD urged leaders of South-East and South-South to, as a matter of urgency, organise a political summit which would give birth to a formidable alliance between the two zones.

Speaking to newsmen, in Awka, after the meeting, National Publicity Secretary of the group, Dede Uzor A. Uzor, said there was agreement by all that there was the compelling need for the two zones to come together and form a formidable political alliance, since they were the most persecuted zones in the current administration.

Uzor said, “It has become necessary for them to come together, agree and adopt a political platform to cater for their interest.

“We call on all the opinion leaders, stakeholders, elder statesmen, the elites, social-political organizations, pro-democracy and civil society groups to come together and hold the summit on or before the end of September, 2018.”

The CD further said the summit would help to “address the lopsided and sectional appointments by the present administration, harsh economic policies, high level of unemployment, non-respect for human rights and rule of law, incessant violation and flagrant disobedience to Court in the two regions as well as other socio-political and economic challenges bedeviling the zones.”

It, therefore, urged the leaders of the two zones to initiate such summit where the issues mentioned would be dispassionately looked into and solutions proffered, adding that it would as well further unite the zones.