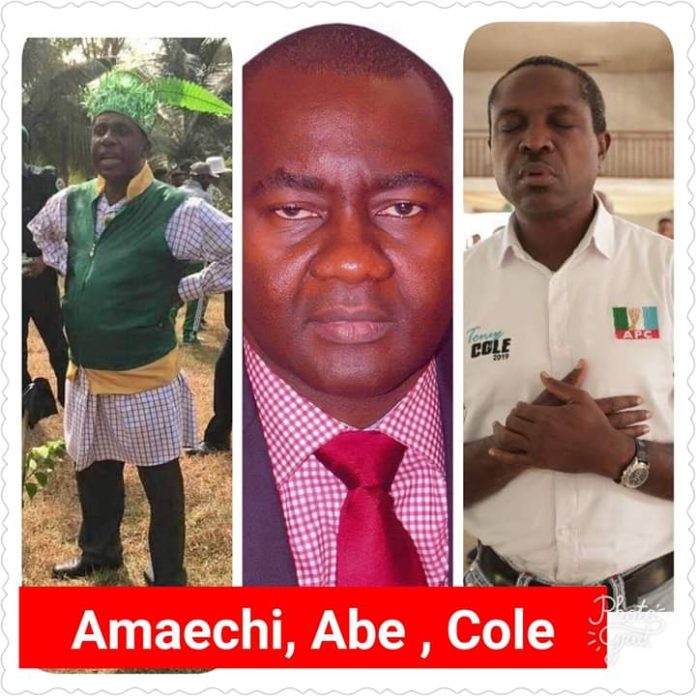 Even though the 2019 general elections in Rivers State have now come and gone, the controversy surrounding the disqualification of the APC from fielding any candidates at the elections shows no sign of abating.

In an unprecedented decision, on 7 January 2019, Hon. Justice Omotosho of the Federal High Court, Port Harcourt Division delivered a judgment (in a suit instituted by Senator Magnus Abe) barring the APC in Rivers State from fielding any candidates at any level for the 2019 general elections and restraining INEC from accepting or presenting the names of any APC candidate for the elections.

The court based this decision on the failure of the APC to conduct valid primaries “in accordance with due process”, particularly because the primaries were conducted during the pendency of a suit on the same issue and the existence of a ruling barring the APC from fielding candidates delivered by Hon. Justice C. Nwogu of the Rivers State High Court.

The Court of Appeal, Port Harcourt Division subsequently granted an order of stay of execution against the judgment of the Federal High Court, with the Hon. Justice A. Gumel who delivered the lead judgment declaring that: “And by this ruling today, APC in Rivers State and their candidates are free to participate in the elections.

They can go about their campaigns, go about everything that is lawful to ensure that they are on the ballot and that INEC should ensure that their names get back to the list.”

Shortly thereafter, the Court of Appeal upturned the decision of the High Court of Rivers State and affirmed the right of the APC to field candidates at the elections. This ruling of the Court of Appeal was later set aside by the Supreme Court which invoked its original jurisdiction under Section 22 of the Supreme Court Act. This, in effect, meant that the judgment of the Federal High Court remained valid, binding and subsisting against the APC in Rivers State.

In what may be described as delivering a final and mortal blow to the APC’s chances at the general elections in Rivers State, in February 2019 the Supreme Court dismissed a separate Appeal filed by the faction of the APC in Rivers State loyal to the Minister of Transportation, Rotimi Amaechi, as well three other Appeals filed by the APC, Ojukaye Flag-Amachree and Tonye Patrick Cole on the grounds that they were statute-barred, having been filed outside the time allowed under Section 285(9) and

(12) of the Constitution (4th Alteration Act). On the basis of these decisions of the apex court, INEC excluded all candidates of the APC in Rivers State from the ballot.

Indeed, many had taken the matter as conclusively settled, given the fact that the apex Court had finally pronounced on the matter. For these persons, the subsequent announcement of fresh dates for the hearing of four appeals filed by Senator Magnus Abe, Tonye Cole and the APC at the Supreme Court would have come as a rude shock indeed.

These appeals ostensibly arose from various suits instituted by members of the heavily-factionalized Rivers State APC seeking an interpretation as to whether valid primaries held, and if so, which faction of the Party is to be recognized as having the right to present candidates.

The Supreme Court has now fixed April 8 and 11 2019 for the hearing of these Appeals.

Ordinarily, the pendency of these Appeals ought not to evoke any worry or controversy, given the prior repeated affirmation by the Supreme Court of the decision of the Federal High Court and the High Court of Rivers State which both held that the Rivers APC could not validly nominate candidates for the 2019 general elections. It ought to be predictable that the Supreme Court will stand firm on its own established precedents.

However, given the recent upheaval at the Supreme Court, the ascendancy of a new Acting Chief Justice of Nigeria and the hushed insinuations of a political colouration to the entire saga, many commentators have expressed worry over what appears to be the introduction of an element of uncertainty at this stage.

For some of these analysts, the delivery of a contrary decision by the Supreme Court, whilst not ideal or legally-justifiable, is not altogether impossible, particularly where certain political ends are sought to be achieved.

However, other legal analysts have pointed out some nearly-insurmountable legal bottlenecks that may confront the Supreme Court were it to consider reversing itself on the matter of the Rivers APC primaries and eligibility.

Firstly, it is to be noted that none of the appellants currently before the Court has formally invited the Supreme Court to reverse its position as expressed in its preceding decisions on the Rivers APC debacle. This is crucial because unless this procedure is invoked, upon which the Acting Chief Justice of Nigeria will be obligated to empanel a full constitutional panel of seven Justices of the Supreme Court, the Supreme Court will have not the jurisdiction to reverse an earlier decision [ADEGOKE MOTORS LTD V ADESANYA;

Thus, the current panel slated to hear the Appeals fixed for April 8 and 11th 2019 cannot possibly wield any jurisdiction to reach a contrary position on the matter.

Again, legal commentators have expressed concern over the hearing of these appeals after the conduct of elections and the announcement of a winner. The reasoning appears to be that because INEC has proceeded to conduct elections in Rivers State, any dispute or legal question that might affect the outcome of that process is no longer within the purview of the Supreme Court or any other conventional Court, but falls exclusively within the jurisdiction of the election petition tribunals.

This appears particularly important when it is considered that a decision of the Supreme Court which has the effect of nullifying the elections already conducted may be tantamount to a situation where the apex Court has usurped the functions and powers of election petition tribunals.

Already, the law is clear that election petition tribunals can nullify elections on the ground of the improper exclusion of a validly nominated candidate.

Still another hurdle for the Supreme Court to cross, should it be inclined to reverse its prior decisions, is the fact that about 91 political parties which participated in the elections in Rivers State at several levels have not been joined to the appeals currently pending before the Supreme Court.

Thus, the question that seeks an answer is whether the apex Court can proceed to make a decision affecting the interests of these 91 political parties in their absence. The unanimous position of legal practitioners interviewed in the course of this article is that the law frowns at such a situation.

According to one, “you cannot shave a man’s head in his absence”.

Finally, from a study of the appellants’ processes, it is apparent that the various appeals seek orders as to whether primaries held or, if they did, what faction’s primaries is to be recognized.

None of these appeals seek any order nullifying the elections in River State- precisely because the elections were not in contemplation.

It is elementary law that a court cannot grant reliefs not sought of it. The question again arises: what will be the effect of a Supreme Court decision which effectively nullifies the election, even though it has not been prayed to do so and given the fact that it is the election petition tribunal that has the jurisdiction to do so?

As all eyes now focus on the Supreme Court, it remains to be seen what course a

Court still reeling from the effect of its greatest upheaval in decades would chart going forward, particularly in politically-charged cases.

However, what seems to be clear is that the Rivers APC case may indeed prove to be the litmus test for assessing the direction and legacy of the Acting CJN and the entire court in the foreseeable future.

Atavti, is the Judiciary Editor of Nigerian pilot Newspaper in Abuja.

The Fact Speaks for itself’- Ikpeazu Replies Otti