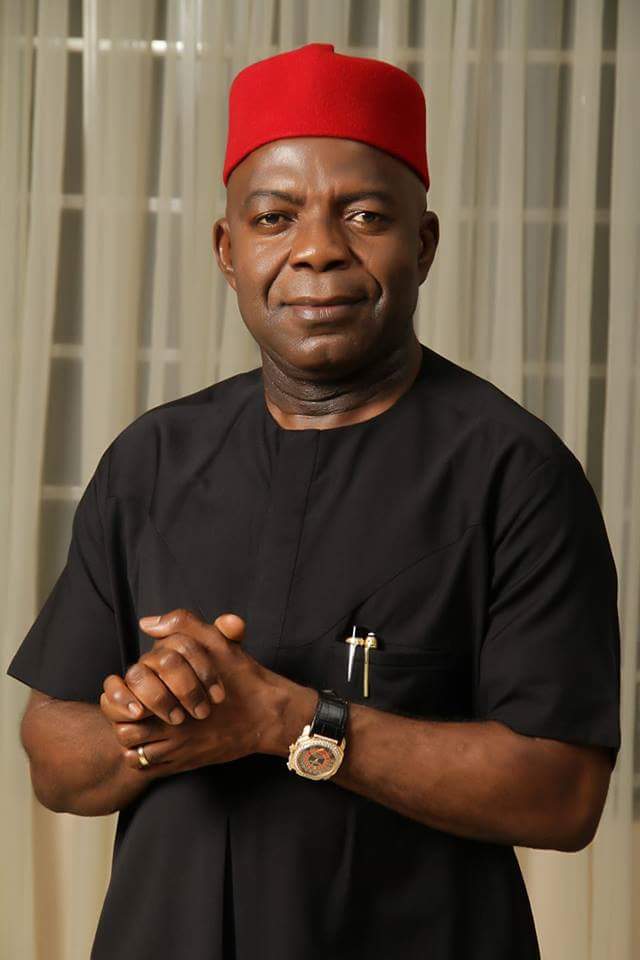 The continued attack, antagonism and politicization of Dr Alex Otti and his past career, by both paid and unpaid media agents of Ikpeazu’s administration in Abia State, is a propaganda-smoke screen, to deceive and distract us from the real issues at stake.

Opposition is the heart beat of democracy. We cannot say we are practicing democracy if there are no opposition. Opposition is an alternative and an indirect checkmate to the ruling government. Therefore, if we seek to grow, develop and strength our democracy, then we must encourage and tolerate opposition in our Democratic space. And if that be the case, why Antagonize Otti?. Is his antagonism as an opposition candidate, the usual foul and propaganda tactics of politics?, or is there a sinister plot, motive and personal agenda to perpetuate absolute falsehood, and propagate negative sentiment against the Person of Doctor Alex Otti in a bid to Wipe-up hate and negative sentiment against him from Abians?. Could all these propaganda and continued character assassination of Otti be out of panic and fear that should an opposition party be allowed to take over in Abia, then the bubble will bust on the ruling party?. In any case, i see no reason why the person of Otti should be this dehumanized and bastardized all in the name of politics.

The outright vilification and condemnation of Otti is absolutely unnecessary, it’s no longer politics, it seems more of hate and personal grievances than the usual political propaganda. In fact it speaks less of those propagating the propaganda.

The elections have come and gone. What the people of Abia wants is the continued progress and development of the state, and not a continued political propaganda against opposition candidates who contested in the just concluded election.

The duo of Uche Ogah and Alex Otti came out to express their constitutional rights *”To vote and be voted for”* it could have been any other Abian in their shoes. They campaigned and canvassed for votes from fellow Abians, and people voted for them.

They contested and were voted, because they and those who voted for them believed that they could offer an alternative and perform better than the current administration if given the opportunity. So why crucify them?

Just as they expressed their right ‘to vote and be voted for,’ they also reserve the right to seek redress in court, if they are dissatisfied with the outcome of the election.

Haven sought a judicial redress, it is therefore, for the court to look into their claims and asscertions and draw judgement. And just as some believe that Ikpeazu won, their are also those who believe that Otti, Ogah or any of their candidates won.

Issues raised by the opposition parties in the course of their campaign should be looked into by the government of the day to enable them perform better. The issues that will be raised at the tribunal will further guide and strengthen our future elections. So there is nothing wrong for them to seek judicial redress. We should even encourage opposition parties, because it puts the ruling party on its toes and helps the people to demand more from their leaders or seek alternative leadership.

Otti and Ogah should be congratulated and not condemned. The continued aggression and antagonism against them, is no Longer normal but could be seen as a distraction of the people of the state from real issues facing the governance of the state.