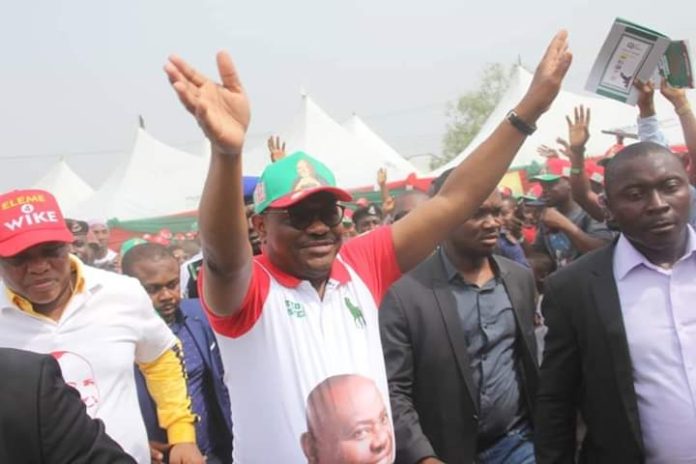 Justice Kaigama also stated that the Labour Party Governorship Candidate withdrew the petition on his own volition and that there were no illegal agreements that necessitated the withdrawal.

Counsel to the Rivers State Labour Party Governorship Candidate sought the leave of the Tribunal to withdraw the petition and strike out same.

He informed the Tribunal that his application to withdraw the petition is accompanied by a notice of consent to withdraw, marked as Exhibit A.

He added that also annexed is an affidavit against illegal terms of withdrawal.

Counsel to the Governor Wike, MS Agwu said that they are not opposed to the withdrawal. He announced that he filed an affidavit against any illegal terms of withdrawal, noting that the petitioner withdrew the petition on his own volition.

The Tribunal dismissed the Labour Party Petition EPT/RS/GOV/O4/2019, saying that the Labour Party Governorship Candidate stated that he withdrew the petition in the interest of Rivers State.

Counsel to INEC, Abdulhakeem Mustapha (SAN) informed the Tribunal that INEC filed a preliminary objection to the Petition. He stated that INEC is not opposing the application for withdrawal.

He announced that INEC filed a preliminary objection because the petition lacked merit. He urged the Tribunal to dismiss the petition.

Governor Wike emerged victorious at the 2019 Governorship Election where he polled 886,264 . The AAC Candidate scored 173,859 to emerge second.