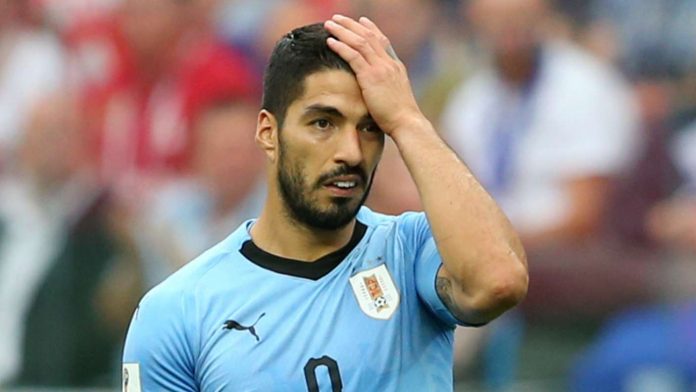 The coach has “high hopes” about the forward’s fitness ahead of next month’s tournament.

Uruguay head coach Oscar Tabarez is confident star forward Luis Suarez will be fit for the Copa America in Brazil.

Suarez, who scored 25 goals in all competitions this season, will miss Barcelona’s Copa del Rey final against Valencia on Saturday after undergoing knee surgery.

The Uruguayan star’s absence leaves Barcelona without a recognizable forward as the club has struggled to find a backup for Suarez all season long.

The surgery put Suarez in doubt for next month’s Copa America – with Uruguay set to open their campaign against Ecuador on June 16 – however Tabarez has “high hopes” that the veteran forward can return in time to help Uruguay compete through the tournament.

“I think yes, I hope so, he’s working well,” Tabarez told reporters when asked if Suarez will be fit for the tournament. “I can’t give you details but he keeps us updated through videos and images.

“He’s working on his recovery and I know the meaning Luis gives to these things, I know he’ll give 100 per cent to be fit when the competition starts.

“I don’t want to rush, injuries are always due to circumstances, not to the players’ will, he’s got his mind set on the recovery.

“He’s very professional about it and he has a good record on it, so I have high hopes to have him ready on our team, he’s very important to us.”

Uruguay – who reached the 2018 World Cup quarter-finals – failed to progress beyond the group stage of the Copa America three years ago.

Suarez and Uruguay won the tournament in 2011 with Suarez scoring four goals, only behind Peru star Paolo Guerrero’s five finishes.

For the 2019 edition, Uruguay will face Ecuador, defending champions Chile and guests Japan in Group C.

Man Utd held by Southampton as Ronaldo drought goes on