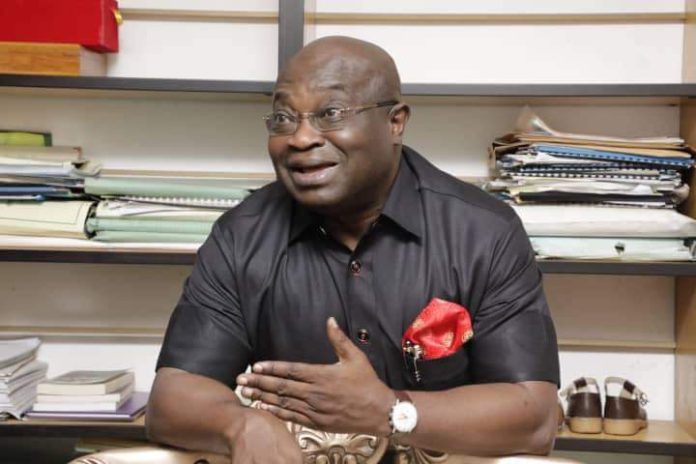 When President Muhammadu Buhari signed the new Wage Bill into Law in April 2019, federal workers rejoiced as they were sure of increase in their wages but the same could not be said of most workers of States in the federation. This is because there were palpable fears that most of the States might not be financially stable enough or willing to pay the new minimum wage because of several factors including dwindling federal allocation, diminishing internally generated revenue and other needs competing for attention.

In fact, the issue was so contentious that the Federal Government and Labour signed an agreement on the new national minimum wage in October 2019 after months of negotiations.

While many states have struggled to pay the new minimum wage, which is the least wage earned by workers of the lowest cadre in the Federal/State civil service and graduated among other cadres of workers in the service, Abia State under Governor Okezie Ikpeazu, has since made good her promise to pay her workers the new wage structure starting from January 2020, making her one of the first few states to do so without any hesitation or rancour. Governor Okezie Ikpeazu did not only pay, he paid above the national Minimum Wage Bill which the President signed into Law. Indeed, Chairman of the National Public Service Joint Negotiation Council, Abia State, Comrade Chris Okoro, confirmed that Abia State pays the highest wage per worker in the entire southeast. He also confirmed that Abia has the highest workforce in the entire region.

Despite the complexities and difficulties inherent in the implementation of a new wage regime in a system, especially one with the highest wage bill and workforce in the whole of the southeast, Governor Ikpeazu has ensured this is done. Such difficulties and complexities are underscored by the fact that some other states cannot implement the new wage regime, a development which has set governments of such states on a collision course with Labour thereby causing avoidable industrial unrest with its attendant consequences in those states.

Understandably, Abia civil servants were thrown into jubilation as they testify about Governor Okezie Ikoeazu’s care and commitment to their welfare.

It is often said that a Governor is as good as his appointees. Dr Okezie Ikpeazu must be commended for having eyes for men and women who are not only committed to his vision but also share with passion his goals of making Abia better and Abians happier. He must also be commended for exhibiting uncommon courage by going beyond politics in appointing those with capacity to man critical sectors of the state thereby leading to the many positive changes in the administration of the State.

For example, by helping to seamlessly implement Mr Governor’s promise on the new minimum wage, the Commissioner for Finance, Dr Aham Uko, who can be rightly described as an erudite banker in his days in the banking subsector and an astute manager of finance, has helped in no small ways to navigate the intricacies of implementing a new wage structure and seamlessly transited the state from the old to the new structure without any fuss or discontent.

Today, because of Governor Ikpeazu’s insistence on appointing tested and trusted hands, Abia civil servants are not only smiling home with the new minimum wage, they now receive their salaries days before the end of every month unlike what was obtained in the past. Even subventions to various institutions of government are now being paid regularly thereby giving the institutions the necessary leverage to operate optimally.

From Finance, Information, Works, Sports, Education, to such critical other sectors of the state, things are looking up in Abia.

Indeed, there is a new dawn in the state! 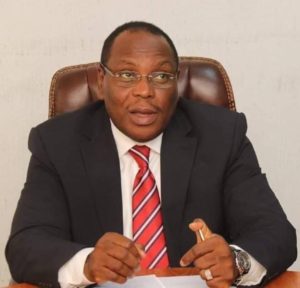 However, despite the gargantuan leap of progress being made in the state, some would remain aggrieved and would do just anything to scuttle the process. It is now left for the good people of Abia to be on their guard and watch out for this group of people hellbent on upsetting the current working system for their own selfish political purposes and financial gains. Such people must be ignored and consigned to the ignoble bin of the disgruntled.

While other states are still figuring out if and when to start paying the new minimum wage, Governor Okezie Ikpeazu is already paying. Abians must therefore recommit themselves to the ideals and values that will continue to encourage the Governor and his team, and uplift the State.