Home PUO SPORTS The Best Is Yet To Come – Ighalo 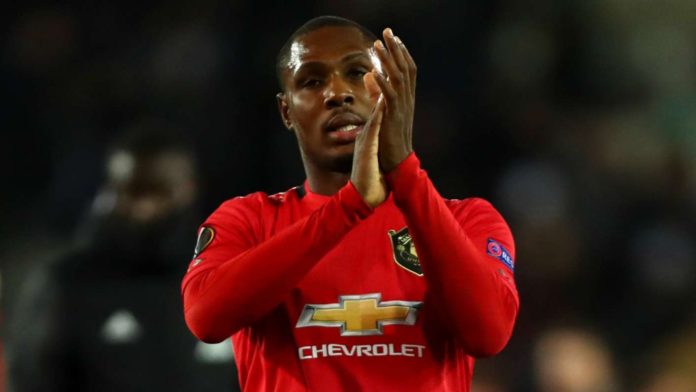 The 30-year-old Nigeria international ace has admitted that he was surprised when the Red Devils came calling but wants to show what he’s made of.

On-loan Manchester United striker Odion Ighalo says that the Old Trafford club are yet to see the best of him.

The Nigeria international proved a shock arrival with the Red Devils in January, when he completed a loan move from Chinese Super League side Shanghai Shenhua.

Although that was set to expire at the end of the scheduled Premier League season, United were so happy with the 30-year-old, who scored four times in eight outings, that they reached a deal to keep Ighalo on their books for an extended period following the coronavirus suspension, which threw the calendar out of sync.

He is now contracted to the club until January 2021 and says that he wants to make the most of his opportunity.

“When I signed, a lot of people doubted my ability,” he said. “I never doubted myself and I knew what I could add to the team and I think I can still do more. People have not seen my best because I came in and my sharpness and fitness wasn’t there, but I’m getting much better and I hope to finish the season really well.

“For now, I just want to continue living my dream.”

He admits, however, that he was surprised when the Red Devils came calling.

Ighalo has yet to have the opportunity to play alongside Marcus Rashford and Paul Pogba, both of whom were injured, and he is looking forward to teaming up with such quality players.

“I’m very excited,” he admitted. “Seeing them from outside is different to training with them. Pogba is back, he’s doing very well, he’s strong, he’s fit. Marcus is exceptional, a very talented player. I can’t wait to play with these guys.”

United’s first fixture after the restart comes away to Tottenham on June 19.