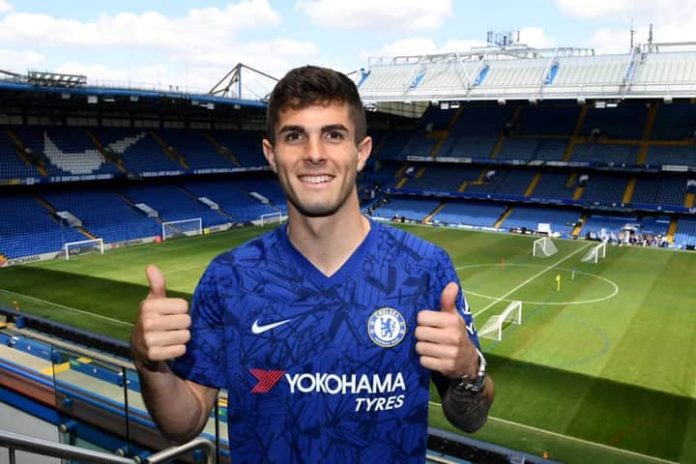 The Chelsea winger’s career trajectory could have turned out differently had an Old Trafford official’s glowing recommendations been acted upon.

Former Manchester United scout Jorge Alvial has revealed that the Red Devils passed up the chance to sign Christian Pulisic when he was still a youngster on Borussia Dortmund’s books.

Pulisic rose through the youth ranks at Dortmund before graduating to the senior squad in 2016, and went on to score 19 goals in 127 appearances for the club.

Chelsea were impressed enough to invest £58 million ($75m) into the United States international’s potential last year, which he has gradually paid back over the course of an encouraging first year in the Premier League.

Pulisic has contributed 10 goals and 10 assists to the Blues’ cause in his first 33 outings for the club, earning comparisons with club legend Eden Hazard, who joined Real Madrid in 2019.

The 21-year-old is already being tipped for a bright future at the very highest level, but Alvial has not been surprised by his rapid rise to prominence.

The Chilean worked as United’s head international scout for two-and-a-half years, and he quickly set about trying to convince the board of Pulisic’s unique talents.

“When I first got hired one of the people that I recommended right away was Pulisic because I knew him and his background,” Alvial told the Manchester Evening News.

“I knew how well he was developing in Dortmund and he was just going to keep coming up, and become a superstar because he was doing very well.

“I have always believed in him, we always have kept close contact with his father, and I called him to say I was recommending him to Manchester United.

“So it was many times that I did recommend him, but at the same time because I was only doing North America, it wasn’t my region because he was playing in Germany. We all had a list of targets and I had him first along with Alphonso Davies.

“Highly, highly recommended for them to sign him, and I know also the German scout was very into him, he really liked him too.

“When I recommend a player usually it is an example of a player that I feel has tremendous potential.

“For Pulisic I jumped many levels that we are supposed to do and I went directly to the head scout and said: ‘Listen, this player is extraordinary we need to see him right away and we need to make a decision right away because if we don’t someone else is going to see him, and is going to beat us,’ which has also happened with Alphonso.”

Alvial could only speculate on the reasons behind United’s decision not to submit an offer for Pulisic, but he suspects that the club had reservations over the winger’s ability to perform in a major European league.

The ex-Red Devils official also expressed his belief that the ex-Dortmund star could follow in the footsteps of Lionel Messi and Cristiano Ronaldo if he continues on his current trajectory, as he added: “I think United, and I’m just guessing because I don’t know the reason, but it is the same mentality of ‘this kid is an American, is he really ready to play in the big league?’ Which I had no doubts, but it was one of the discussions we had.

“So that is how I look at a player, I don’t look at him in the moment, I look at the progression he is going to go through. If he is doing what he is doing now at a young age imagine if he is coached, if he gets developed. He is just going to explode.

“He is one of those boys that the more he watches the geniuses like Messi or Ronaldo, he learns from them and he can do something just as good because he knows he has the talent to do it. He is a unique player.”

‘Shy’ Coutinho urged to step out of Messi’s shadow by Barcelona...