Home PUO NEWS Abia: Lawmakers will not be Distracted by Malicious Propaganda – Group 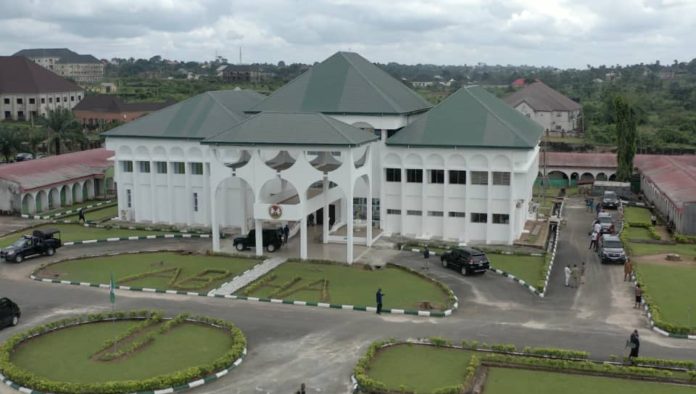 Lawmakers of the Abia State House of Assembly will remain focused on their legislative duties and commitment to the people irrespective of attempts by embittered opposition politicians to attack them with baseless propaganda.

This much was stated in a press release by Abia Progressive Movement (APM), a sociopolitical organisation based in Umuahia.

In a reaction to an article by Abia Renaissance Group (ARG) concerning the delivery of utility vehicles to the Lawmakers, APM in a statement signed by Comrade Chukwuma Nwankwo and Comrade Alozie Onuoha, Coordinator and Secretary, respectively, and made available to newsmen Wednesday in Umuahia, described the article as “concocted on the altar of malice, vengeance and bitterness”.

The statement in full reads:

We have read the tissue of lies and propaganda dished out by a cowardly and amorphous group that goes by the name “Abia Renaissance Group” which is sponsored by well known opposition operatives to the effect that the sum of N900m was used to procure a second set of vehicles for members of the Abia State House of Assembly.

To set the record straight, it is important that we point out that today, salaries are paid more regularly and much earlier than in the past as a result of our numerous legislative interventions and oversight.

For example, in the malicious article published under the amorphous group called “Abia Renaissance Group”, the cowardly author claimed that:

2. The author claimed that the second set of cars bought for the state Legislators cost N900m. If he admitted in the same article that each vehicle cost N17m and, according to him, the 24 lawmakers got one each including the Clerk, making it 25 of them, how then did he arrive at the N900m he bandied in the article as the cost of procuring the vehicles if not just to deliberately cast the government in bad light? N17m in 25 places is certainly not N900m but a dark and crooked soul will always attempt to confuse the people by applying Pythagoras Theorem to a simple arithmetic.

More so, it has always been statutory obligation to procure utility vehicles for each of the state Legislators twice throughout their 4-year tenure to ease their work and this is always provided for in the budget. So, one wonders why such budgetary expenditure should be painted in negative light if not that the author is given to malice.

The current procurement was budgeted for and approved in the state’s 2021 Appropriation Act.

It will be recalled that the same state Legislators once queried a former commissioner for finance for quoting and purchasing same brand of vehicles for other State functionaries at a highly inflated rate of N25m as at 2018 as he insisted then on being the one to purchase the vehicles himself leaving out registered and accredited dealers from the transaction. It is therefore worrisome that an amorphous opposition group will have the temerity to question budgetary expenditure simply because they have an axe to grind with the Governor and the Lawmakers. That is how low and infantile they have brought opposition politics in Abia State – opposition politics of noise and no substance!

But for the fact that one of the suspected authors ran to APC shortly after he was exposed and his arrest, investigation and prosecution ordered, he should by now be answering for his embezzlement of public funds. He knew exactly what he was saying when, in the article, he made reference to ‘cover me, I cover your sin too or rub my back while I rub yours” as a practice. It is apparently the approved code of APC!

In a bid to also make things sound outrageous, the comic writer claimed that ‘Many of these House Members park these cars outside their compounds due to lack of space’. How have two cars bought for a legislator over a period of four years become so ‘many’ that they can’t be parked in their compound?

Our joy in all this is that Abians are seeing and know far better than this author of confusion and his gang of perpetual political failures who rely not on sterling records but only on stinky write ups without substance to try to endear themselves to Abians as 2023 approaches. But then, even with such ignominous approach, they lost the 2015 elections and were even worse hit in 2019. It’s obvious they have not learnt their lessons. A fatal political blow more disastrous than the loss they suffered on March 27 this year in Aba awaits them in 2023.

Abians are like the Biblical sons of Issachar, they understand the times and the seasons, and cannot be tossed to and fro with obvious falsehood concocted on the altar of malice, vengeance and bitterness!