Home PUO NEWS Abia 2023: No Individual, Group Of Persons Can Dictate To The Governor... 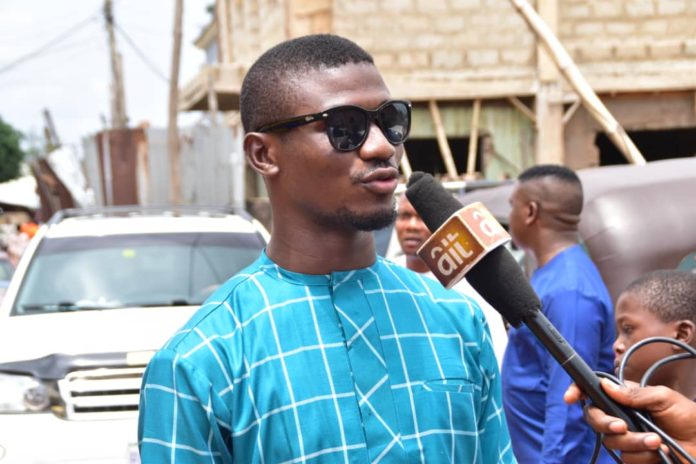 Deputy Chairman of Bende Local Government Hon. Promise Uzoma Okoro has reacted over a publication flying on social media that a group has declared that the Governor of Abia State Dr. Okezie Victor Ikpeazu “Must” hand over to them come 2023.

In a Press Statement Released by the deputy chairman on his official Facebook account, the Deputy Chairman of Bende said, ‘No Individual or Group reserves the Right to Issue an Ultimatum to a Sitting Governor .

The statement reads in parts;

“I have stayed away from the temptation of commenting on the 2023 Abia Governorship tussle since 2020, because as far as am concerned, God is the one that gives power and he gives it to whoever he chooses”

“I am personally not comfortable with the items flying out on the Social Media that a group has declared that the Governor of Abia State Dr. Okezie Victor Ikpeazu “Must” hand over to them come 2023″

“First of all, Power is not handed over , it is Sort after, lobbied, negotiated and taken at the end .

“Every Zone reserves the right to Seek, lobby and sort for the Governorship seat of Abia State ahead of the 2023 General Election”

“It therefore follows in a natural progression, according to the specialist in governance and politics, that no person or persons or even groups, irrespective of their personal interests should arrogate to themselves the power to “preoccupo” , determine who runs or who becomes the next governor of Abia State come 2023, as doing so, will amount to intruding into the domestic freedom of individuals, Local Government Areas and Senatorial Zones Interested in the Governorship seat of Abia come 2023″

” I Speak because I have the locus standi and will fully participate directly or indirectly in the process of choosing Governor Okezie Victor Ikpeazu’s Successor” the statement Concluded.

‘I saw unbelievable things when I became Nigeria’s president’ – Buhari

2019: Kalu’s APC presidential poster surfaces On the Streets Of Umuahia,...