Home PUO NEWS We are ready to take back power from the APC – PDP... 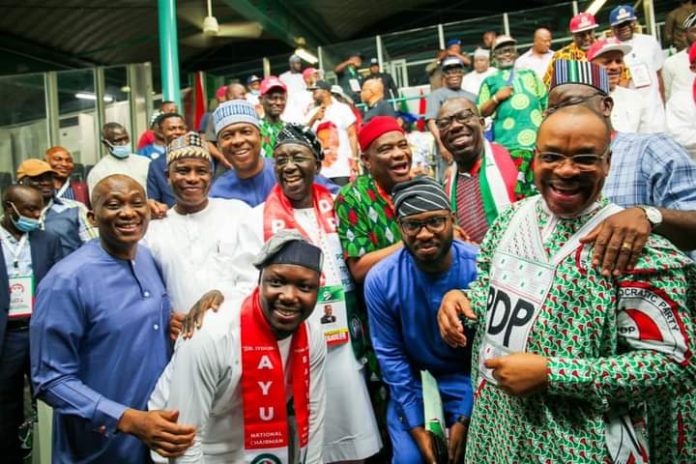 The Newly Elected National Publicity Secretary of the People’s Democratic Party (PDP), Honorable Debo Ologunagba has started that one of his primary and first duty as the newly elected Publicity Secretary of the PDP will be to let Nigerians know the difference between the People’s Democratic Party and the All Progressive Party.

The Ondo State born and bred politician stated his in an interview with Triangle News Magazine on the 29th of October,2021 during the PDP National Convention stated that recent happenings in the nation over the past few years has revealed the true nature of the All Progressive Party (APC) in Nigeria. He stated that it’s quite evident that the APC has nothing to offer Nigerians as they have woefully failed to deliver the dividends of democracy as they had earlier promised.

Hon.Debo Ologunagba also stated that the proceedings of the National Convention of the PDP had shown that the PDP is a Democratic Party where the rule of law is respected.

In his words, “Despite the fact that we had individuals within the party with various political leanings, our members understood the need to set aside every sentiments and grievances, uniting together to work together for one common good which is to move our party forward”

He also added that he will ensure that the present administration in Nigeria will be adequately confronted with facts as the Buhari led administration has failed to live up with the expectations of Nigerians, decieving the people in the process with non-existent projects and achievements

The newly elected National Publicity Secretary also stated that if the PDP could successfully bring all its warring parties and individuals together and hold a successful National Congress, it’s a pointer of the ability of the Party to National Reconciliation for the purpose of National growth to the Nation.

3,600 delegates voted for new members of the NWC of the PDP at the convention, with only the office of the Deputy National Chairman (South) contested out of the 21 NWC positions.