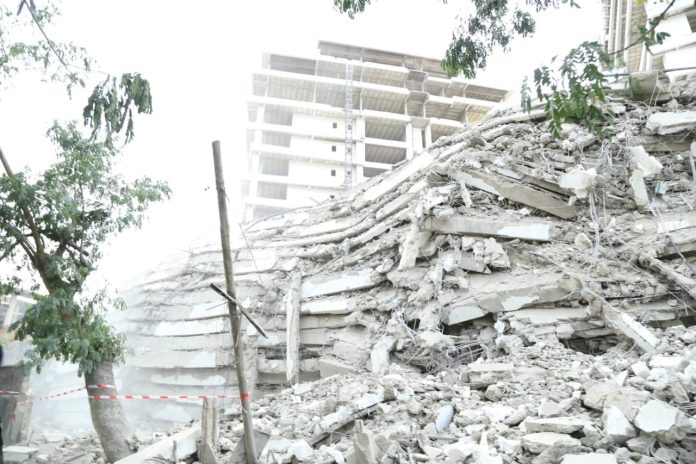 Ever since on Monday the Council for Regulation of Engineering in Nigeria (COREN), Nigerian Society of Engineers (NSE) and others are keeping mute over Ikoyi building collapse.

Named Gerrard Terraces, it was to be completed in 2022. Each unit sells for between $1.2million and $5million. The last promotional flyer seen by newsmen confirmed it was “65 per cent sold”.

The structural engineers are Beyond designs, the architects are Voltron Design Studio. M&E Consultants are in charge of the construction.

A February 20, 2020 letter by the former consultants, Prowess Engineering Limited, is circulating.

The company withdrew its services, explaining that the management no longer share the same vision with Osibona.

It is suspected that Prowess dumped the project after the FHL allegedly decided to extend the floors to 21 from 15.

Sanwo-Olu announced that an investigative panel is to be constituted, promising that all found culpable would “face the law”.

Interestingly, hours before his suspension, Oki announced that the “owner” had been arrested and would be prosecuted.

“The materials he used for the reinforcement are so terrible. He got approval for 15 floors but built 21. He has been arrested”, he told News Agency of Nigeria (NAN).

The structure at 20, Gerrard Road caved in at about 2:45pm. Being the first day of the week, the site was full of activities with many workers on duty.

In a trending video, Femi Osibona is seen with his sister – Dele Momodu’s wife – and four male foreigners.

All from Italy, one was described as the “architect”. Osibona’s sibling also pointed the tallest man among the expatriates, saying “That’s Formenti (a furniture company)”. 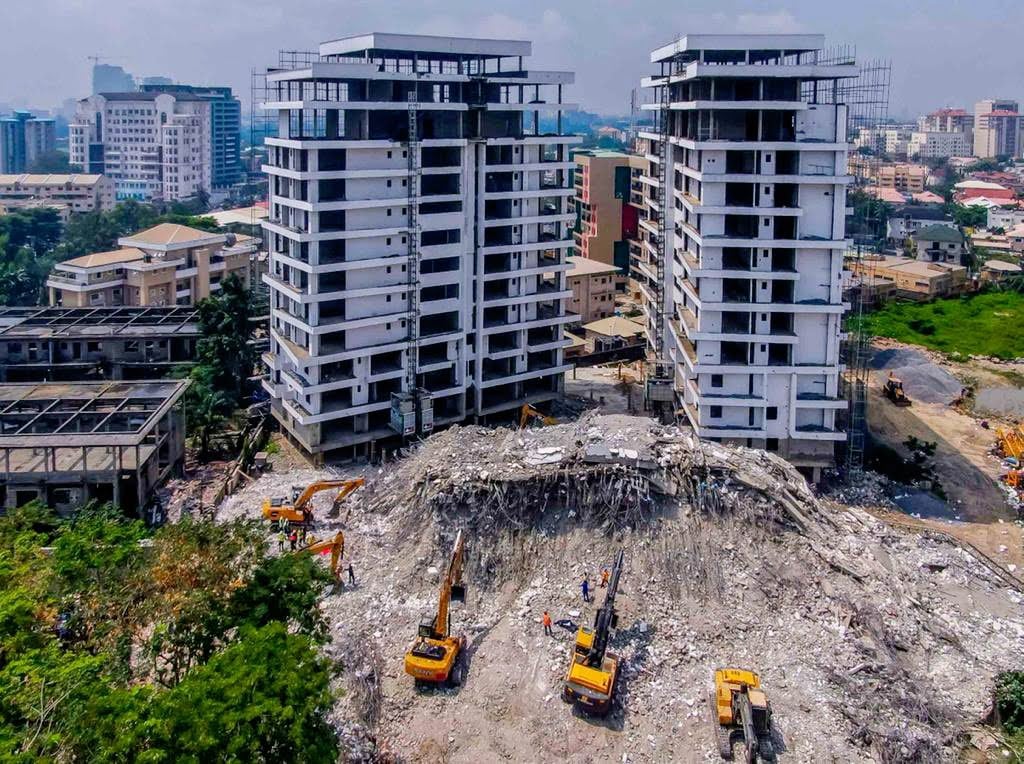 Now, there is a strong allegation that Osibona is a front for/partner with the real owner of the building, a “prominent Lagos topshot in Abuja”.

It was reported that if true, it gives credence to why government regulators and profesional bodies in Nigeria have all been silent.

Three days after the tragedy, none has issued a statement. A source regretted the situation, stating that “COREN’s deafening silence is unfortunate and condemnable”.

“I wonder why none of our leaders and bodies have said anything. About 20 people are dead and there may be more casualties.

“Why are they quiet? I don’t understand it. This again attests to the fact that Nigeria’s problems are not all about Buhari”, the Engineer said on condition of anonymity.

In 2019, President Muhammadu Buhari assented to the Engineers Registration Amendment Act 2019 to address collapsed buildings and other engineering failures.

The law empowers COREN to prosecute: “Any person or firm that contravenes the provisions of this Act in a court of competent jurisdiction.”

The law backs “compulsory attestation to all expatriate quota for engineering practitioners; including key projects that there are no qualified and competent Nigerians for the job in question at the time of application”.

Before being allowed to practice in Nigeria, such foreigners “must be granted work permit, register with the council and obtain such licenses as may be required from time to time”.

A stakeholder in the industry, Professor Danladi Matawal has presented a written position on the disaster.

The Civil Engineering lecturer said: “First, a personality as high as Deputy Governor of Lagos confirmed on camera that the building was approved for 21 storeys.

“Secondly, the practice we established when I chaired the FCT Panel is to immediately arrest and put behind bars the Building Owner and for him to identify all the professional teams involved.

“The letter of a consultant withdrawing should be subjected to further scrutiny and confirmation because under desperation, such letter can easily be generated and back dated.

“Why did they not report their reservations to professional regulators and if true, they may have withdrawn for non-payment and not technical reasons.

“We established a procedure to identify ongoing, existing buildings and construction sites owned by the same client (using) same designers and contractors. We sealed immediately and get them subjected to integrity tests.

“As I posted on my Factbook page, 21 storeys is no mean height. Anyone involved should have ensured a water-tight readiness for the work.

“Finally, the FCT Panel instituted a standard practice, irrespective of outcome of investigations, that every Collapsed Building Site automatically becomes the property of government to put up a public facility and no longer owned by any private developer.” 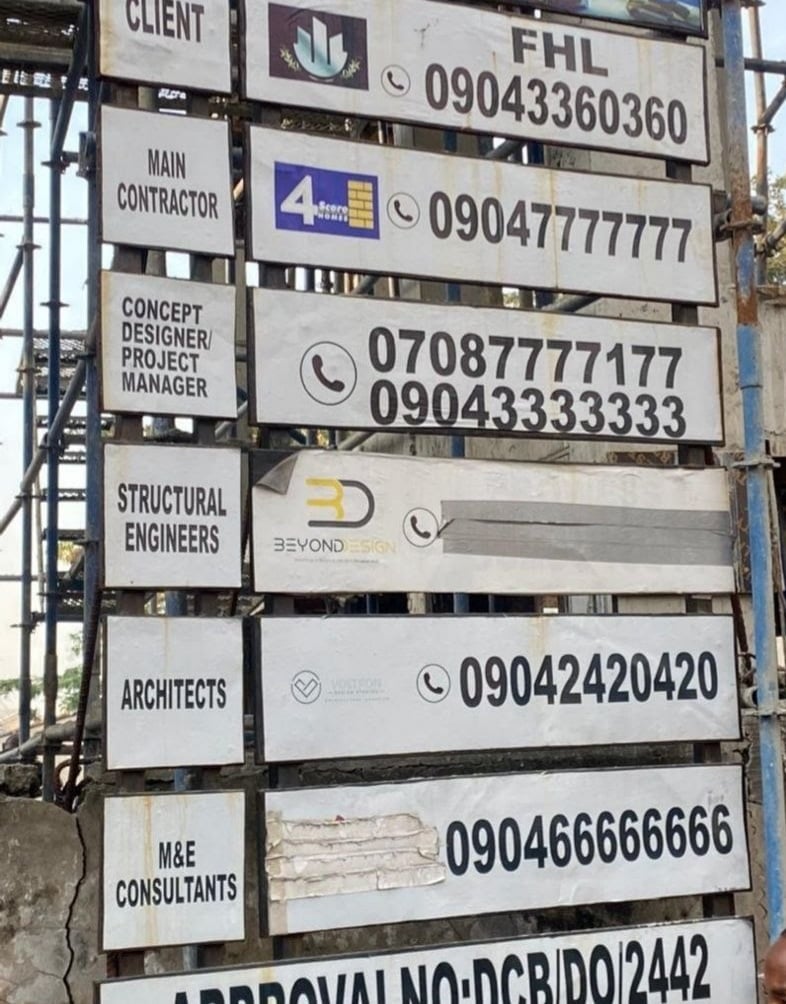 I Shared the Free Food, Not Governor Ikpeazu – OPM General...