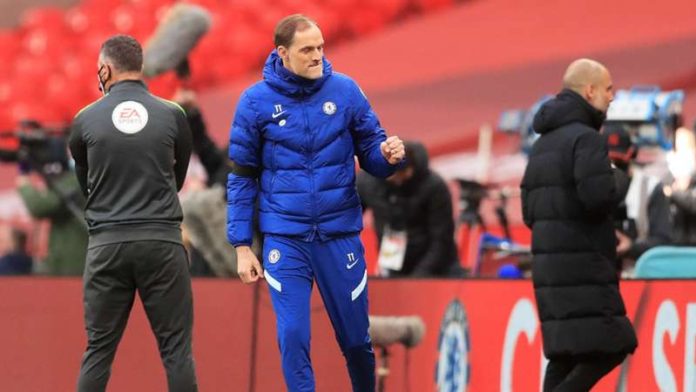 The Blues boss has made history less than a year into his tenure.

Thomas Tuchel has become the first Chelsea manager to lead the club to the finals of the Carabao Cup, FA Cup and Champions League.

Tuchel achieved the feat on Wednesday as Chelsea defeated Tottenham 1-0 in the second leg of their Carabao Cup semi-final, reaching the showpiece via a 3-0 aggregate victory.

The Blues will face either Liverpool or Arsenal in the final, after reaching the Champions League and FA Cup finals last season.