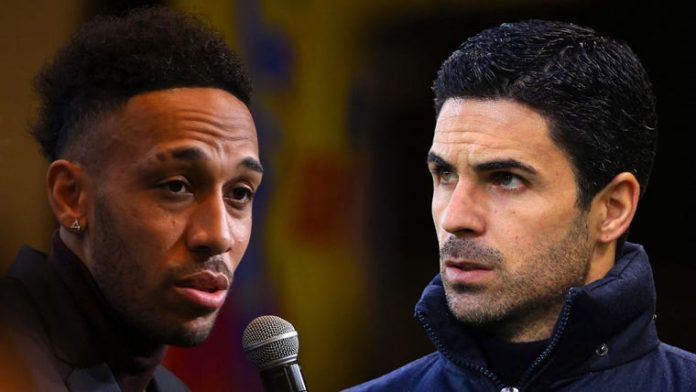 The Gunners head coach has also insisted that he is “extremely grateful” for the Gabon striker’s “contribution” to his team.

Mikel Arteta has responded to Pierre-Emerick Aubameyang’s claim that it was his fault he left Arsenal, insisting he was the “solution, not the problem”.

Aubameyang’s contract at Arsenal was terminated by mutual consent on February 1, with the forward having been exiled from Arteta’s squad following a disciplinary breach at the start of December.

The 31-year-old, who was also stripped of his captaincy duties at Emirates Stadium, subsequently signed for Barcelona on a free transfer and pointed the finger at Arteta for the abrupt end to his Gunners career.