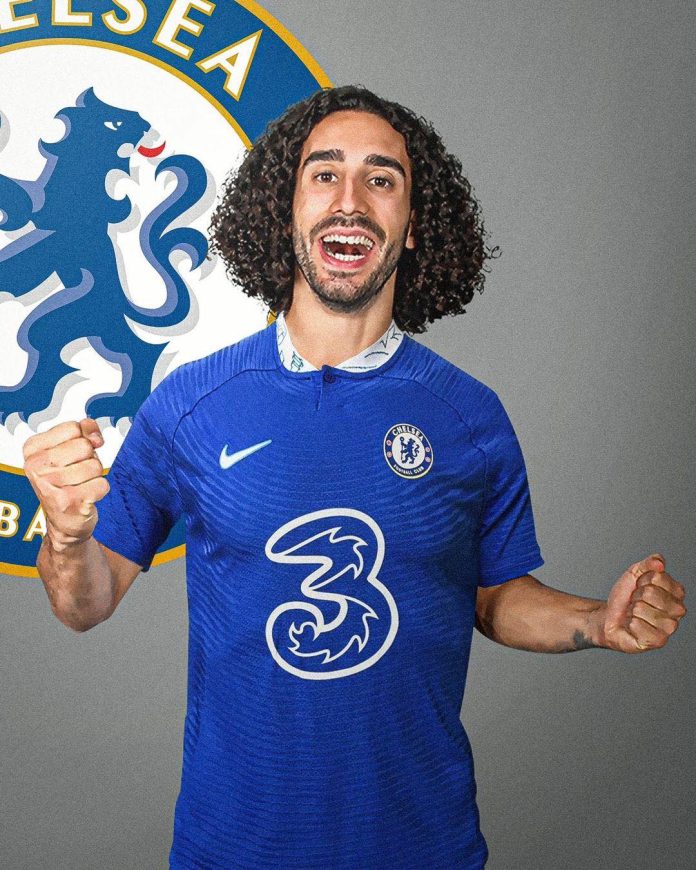 Marc Cucurella has signed for Chelsea on a six-year contract from Brighton & Hove Albion.

The versatile defender arrives just weeks after his 24th birthday following an impressive debut season in the Premier League with the Seagulls, during which time he made 38 appearances in all competitions and scored his only goal in their penultimate home game against Manchester United.

Such was the positive and swift nature of his adaptation to English football, playing in a variety of roles on the left-hand side including full-back, wing-back and centre-back, Cucurella was voted Player of the Season by both Brighton supporters and team-mates.

In particular, his high-energy performances, tough tackling and marauding down the wing caught the eye, while his two-footedness and assuredness on the ball were key traits in Brighton’s possession-based approach as they secured a best ever top-flight finish of ninth. Only three players registered more than his 93 tackles in the Premier League last term.
On signing for Chelsea, Cucurella said: ‘I’m really happy. It’s a big opportunity for me to join one of the best clubs in the world and I’m going to work hard to be happy here and help the team.’

Chelsea chairman Todd Boehly said: ‘Marc is an elite defender of proven Premier League quality and he further strengthens our squad going into the new season. We continue to work on and off the pitch, and we’re delighted Marc will be a part of the present and future at Chelsea.’

Behdad Eghbali and José E. Feliciano , co-controlling owners, said: ‘We’re very excited to bring Marc to Chelsea and he is another key part of our squad building as we enter the new season. We’re all looking forward to getting started on the pitch now, and Marc only adds to that feeling. We welcome him to the club!’

Prior to his switch to the South Coast, the Catalan’s footballing upbringing came in his native Spain, where he progressed through the ranks at Espanyol before joining Barcelona at the age of 14.

He played three full seasons in La Liga, initially on loan at Eibar and Getafe, before joining the latter on a permanent basis in the summer of 2020. Much of his time in Spain was spent playing as a left midfielder before the defensive side of his game was developed under Graham Potter at the Amex Stadium.

The Spaniard made his senior international debut last summer, his sole appearance for La Roja to date, and picked up a silver medal at the Tokyo Olympics the following month with the under-23 team.

‘No one comes close to van Dijk – not even Salah...