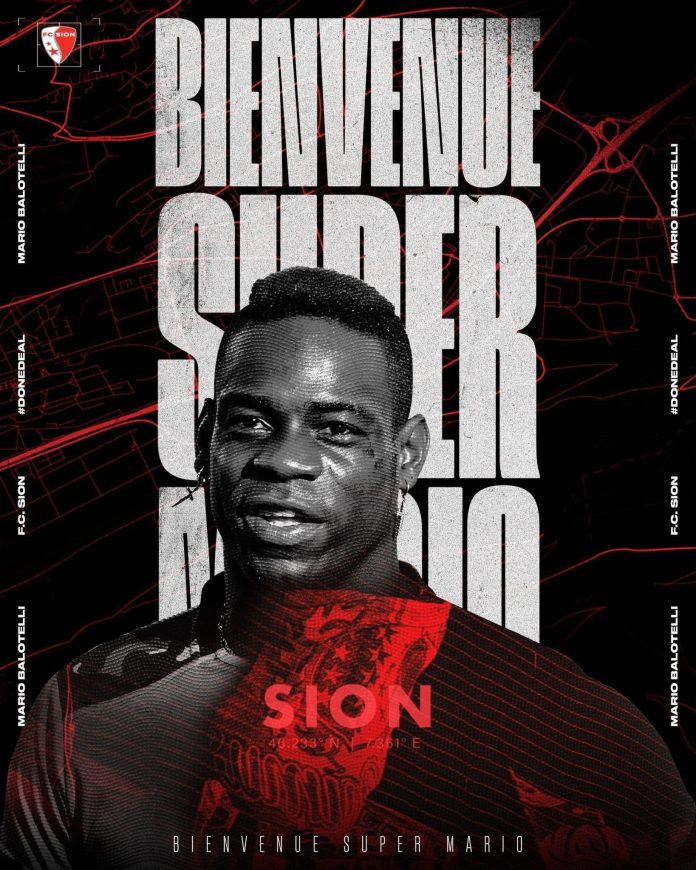 On Wednesday evening Sion announced the signing of Balotelli after the Italian left Turkish side Adana Demirspor.

“The saga of the summer had a favorable outcome for FC Sion with the signing of Mario Balotelli!,” Sion tweeted.