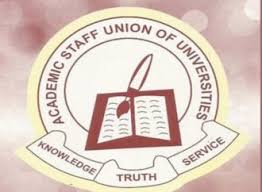 The Academic Staff Union of Universities (ASUU), Lagos chapter, has urged the Federal Government to pay in full the university teachers’ February salary.

Speaking at a press briefing held at the University of Lagos (UNIILAG), on Tuesday, the Lagos Zonal Coordinator of ASUU, Prof. Olusiji Sowande, said the union is unhappy with the government reduction of the February salary and should pay up the balance to avert “drastic decision from the union.”

He said, “The February salary in particular came as a shock to us. It came with shortfall of different percentages in various universities. We think that this is not the right thing for the government to do. So we expect them to pay up the remaining balance of the February 2017 salary in order for us not to take a drastic measure to address the issue.

“In recent times, government have been eroding and violating the 2009 ASUU- FGN agreement.  This is evident in the unilateral and gradual introduction of shortfall in salary warrants resulting in fractional payment of salaries in our universities.

“This was experimented with few universities like UNILAG where wage bill was deliberately reduced in most parts of 2016 and the university had to source for funds to make complete payment. In February 2017, virtually all federal universities were affected with government unilaterally cutting the salaries of university workers.

“The salary shortfall in UNILAG was N125 million and at the University of Agriculture, Abeokuta (UNAAB), a shortfall of about N55.5 million was reported.”

He also lamented government inadequate subvention to some universities which have forced them to tax students in order to raise funds.