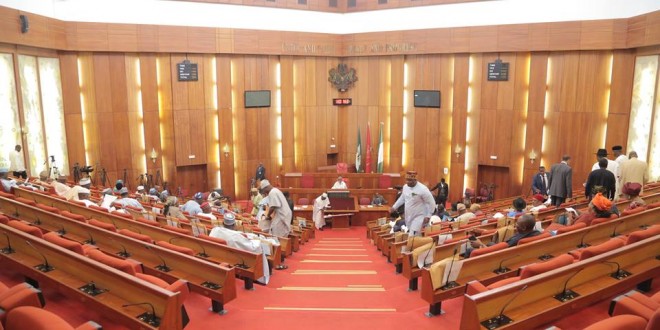 Fielding questions from journalists on a live interview ‘Political Circuit’ programme on Fresh FM Ibadan on Saturday morning, Buhari said 51 out of the 66 Senators elected on the platform of the All Progressives Congress have signed an endorsement list and pledged to vote for Senator Lawan, representing Yobe North District.

Akinremi who hosted some members of the house at his residence in Ibadan, in continuation of the consultations to actualise Gbajabiamila’s dream, said “we have 191 members as of today backing Gbajabiamila. As the Southwest coordinator of the new Reps-elect in the zone, this number is even beyond APC Reps as we have supporters across political divides.”

Akinremi further told journalists after the meeting late Friday night: “we will keep talking to our colleagues from across the six geopolitical zones. Write it down, Gbajabiamila may emerge unopposed. We are sure of well over 200 members’ support when the house convene on June 11.”

The lawmaker elected under the platform of the APC from Ibadan North constituency of Oyo state further said, “for us, the ninth National Assembly should go beyond party affiliation but the need to have qualified, experienced and highly cerebral lawmaker in the person of Gbajabiamila in office as speaker to work with the executive and judiciary to effect positive changes in the nation’s body polity.”

Buhari, who is representing the 13 local government councils comprising Oyo North District, said not only have the 51 APC Senators pledged support for Lawan to emerge in accordance with the directive of the party, about six others who are currently in Saudi Arabia for the lesser Hajj, would swell the number to make Lawan’s Senate Presidency a fait accompli.

“The difference between the June 11 election and that of 2015 is that APC and its Senators are smarter now. The party is in charge. Unlike in 2015 when the numbers were close, the difference in number now makes APC to be in a comfortable lead.

“We can go to bed with 51 Senators and wait for those who travelled outside the country to join to elect Senator Lawan. We did not sign [an endorsement list] in 2015. There was no cohesion in 2015, but now there is. In 2015, the Senate Presidency was not zone, but now APC has zoned it to the North-East and the Speakership to the South-West,” Buhari said.

Akinremi’s position also coincided with the statement by John Adaramola, Similola Ayeni and Tony Okoye on behalf of Gbaja for Speaker Civil Society Coalition who said, notwithstanding what they called mischievous intrigues going on, they were convinced that the “victory of indefatigable and erudite Hon. Femi Gbajabiamila as the next speaker of the House of Representatives is signed, sealed and waiting to be delivered next month.”

The group in a press statement made available to journalists in Ibadan, Oyo state, stated that, “no force can stop the well-deserved victory of Femi Gbajabiamila and we urge all so-called Speakership aspirants, including Hon Wase, Hon Betara, Hon John Dyegh, Hon Bago, Hon Babangida and Hon Namdas to step down and get integrated into the Gbajabiamila structure before it is too late to do so.

“We immensely thank Asiwaju Bola Tinubu for his fatherly roles, visionary leadership and selfless projections into the future; if necessary, we urge him to consider jettisoning political calculations involving second fiddle roles for Lagos state in the Senate, and to, instead, focus exclusively on the House of Representatives’ leadership race.

“This will not only further convince all Nigerians of the rightness of our collective cause; it will also go a long way to silent those who erroneously ascribe his political permutations to a selfish agenda.

“We also urge outgoing Speaker Dogara and the entire leadership of the House not to bite the finger that fed them and helped raise them to current pedestals, but to facilitate the smooth transition to a more vibrant and progressive era of House leadership under Gbajabiamila.

“The entire national leadership of All Progressives Congress Party, presidency, state governors elected on the platform of the APC and not less than 260 members of the 9th National Assembly’s House of Representatives have unequivocally resolved to ensure a landslide Speakership victory for erudite lawyer, Gbajabiamila.

“As this new chapter in history unfolds, we, members of the “Gbaja For Speaker Civil Society Coalition’ (GFS-CSC) hereby urge all those standing on the wrong side of history, including party rebels and opposition elements to retrace their steps and do the needful by joining this very progressive bandwagon before it is too late,” the group added.