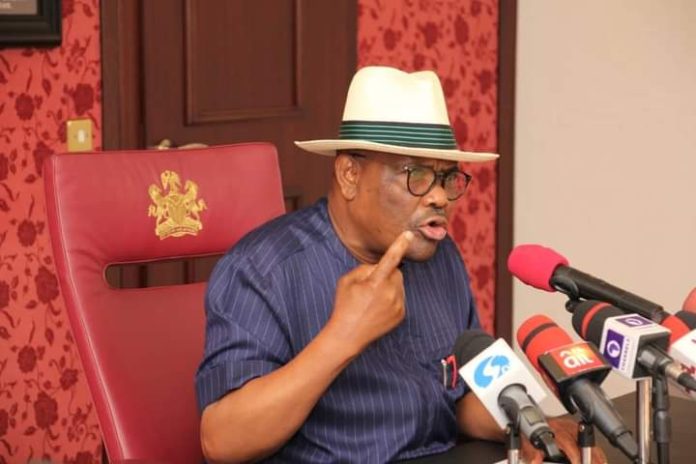 Rivers State Governor, Nyesom Ezenwo Wike has called on President Muhammadu Buhari to use the Edo State Governorship election to create hope in the electoral process.

Governor Wike is also the Chairman of the Peoples Democratic Party (PDP) National Campaign Council for the Edo election made the appeal during a Live Television Programme in Port Harcourt.

He stated that the outcome of the election would provide hope for the general elections of 2023.

“Let everyone that loves this country ensure that the September 19, 2020 election is credible, free and fair.

“The Police and the Independent National Electoral Commission (INEC) should show Nigerians that they can support credible elections.

“INEC should ensure that result sheets are not in the hands of individuals. Security Agencies should not whisk away collation officers and later bring them back with cooked results.

“Complete manipulation of the electoral process causes violence. No politician will cause violence if the Police and INEC do not compromise,” he stated.

Governor Wike said there would be a high turnout of voters on Saturday because the people of Edo State are prepared to put an end to godfatherism.

He stated that he carried out an independent assessment of Governor Godwin Obaseki’s achievements and is quite satisfied that he would win the election convincingly.

According to him, no amount of money or intimidation will make the people of the State not to vote massively for Governor Obaseki.

The Governor urged the people to be vigilant and protect their votes because enemies of the State are hovering to truncate their will.

“The agenda of the All Progressives Congress (APC) is to win at all cost for us to go to the tribunal. That is why Edo people must be vigilant.

“I must commend the United States and the United Kingdom for the Visa ban placed on election riggers in the country.

“They should go ahead and publish their names so that a lot of things will change in our electoral process.

“Election rigging is worse than armed robbery. So whatever sanctions that can be imposed will be highly welcomed by the PDP, ” he added.

Anambra State Made Lagos What It Is – Obiano