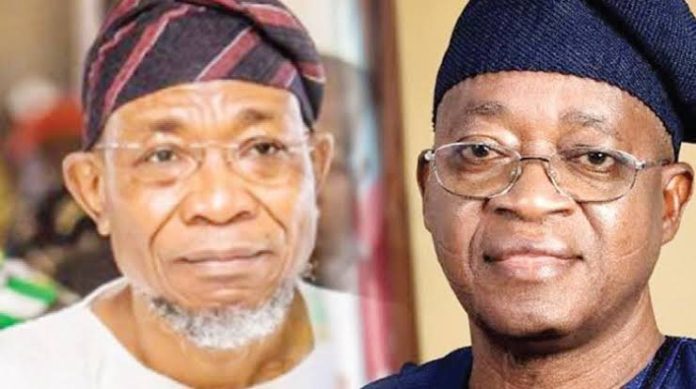 Governor Gboyega Oyetola of Osun has been declared the winner of the All Progressives Congress (APC) governorship primary election in the state.

Oyetola, who is seeking re-election, pulled 222,169, votes to defeat his closet rival, Alhaji Moshood Adeoti, the preferred candidate of the Minister of Interior, Rauf Aregbesola, who scored 12,921.

The governor won in all the 30 local government areas of the state in the direct primary election on Saturday.

The Kwara Governor, AbdulRaham AbdulRazak, Chairman of the Primary Election Committee, announced the results at about 3.00 a.m at the APC Secretariat in Osogbo on Sunday.

AbdulRazak said that the total registered voters for the exercise was 408,697.

The chairman added that the total numbers of accredited voters was 247,207, while the total votes cast was 235,550.
He said: “I, AbdulRaham AbdulRazak, the Chairman, Primary Election Committee, hereby certified that Adegboyega Isiaka Oyetola, having scored the highest votes cast in Osun governorship primary election held on Feb.19 and met all requirements as contained in the guildlines of the election is hereby declared the winner.”

In his remarks, the Chairman of APC in Osun, Mr Gboyega Famodun, commended the committee for a job well done.

Famodun said the peaceful outcome of the primary had put an end to tension in the state.

He said the party would work toward the victory of Oyetola, who is now the party’s candidate for July 16 governorship election in the state.

61 Assets In Dubai: Battle Shifts To UK As EFCC Writes...